Switch to: తెలుగు
Home Movies Movie News Rana Daggubati’s fans tell him to take it easy with his experimental... 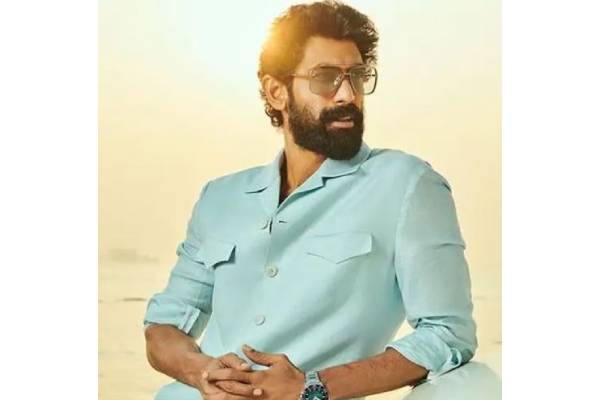 Rana Daggubati, who rose to fame across India for his most portrayal in S.S. Rajamouli’s ‘Baahubali’, appears to have fallen short of the mark.

After the massive success of the ‘Baahubali’ duology, Rana hasn’t had much success, and his supporters are worried that he’s squandered the entire ‘Baahubali’ excitement.

The ‘Aranya’ star has been working on a variety of projects, and his fans have embraced his unconventional approach to acting. However, since then, his admirers have begun to get concerned because he has not achieved any sizeable hits.

Fans tell Rana to focus on building a strong market for himself and concentrate on commercial films in order to retake control of popular opinion.

‘Virata Parvam’, Rana’s most recent film, has had a dismal start with weekend box-office figures not encouraging.

“If all goes according to plan, Rana’s career will be on track in no time. He’s a seasoned performer. However, a few decisions were made incorrectly,” wrote one of his supporters on social media.

Rana’s participation in Pawan Kalyan’s ‘Bheemla Nayak’ had a bigger impact because the film had two strong actors going head-to-head. Apart from his trials with subjects, this is the type of subject Rana’s admirers want him to choose.