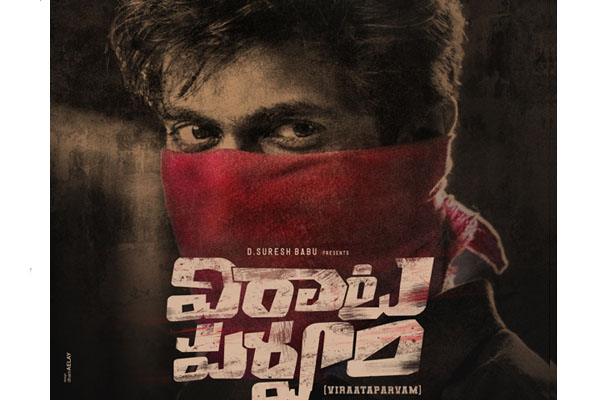 Handsome Hunk Rana Daggubati and the versatile actress Sai Pallavi have teamed up for a romantic entertainer Virataparvam which is a periodic film set in 1990s. Finally, the film’s first look poster is revealed today.

The intense first look poster puzzles us about the theme of the film. It shows Rana in the foreground wrapping up face with a hand kerchief, and men carrying guns in the background.

Virataparvam is directed by Venu Udugula of Needi Naadi Oke Katha fame. Music for the film is scored by Suresh Bobbilli. Sudhakar Cherukuri is the producer and Suresh Productions presents the film. 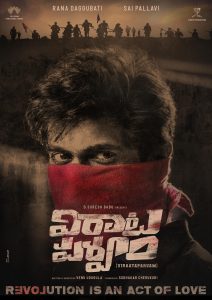