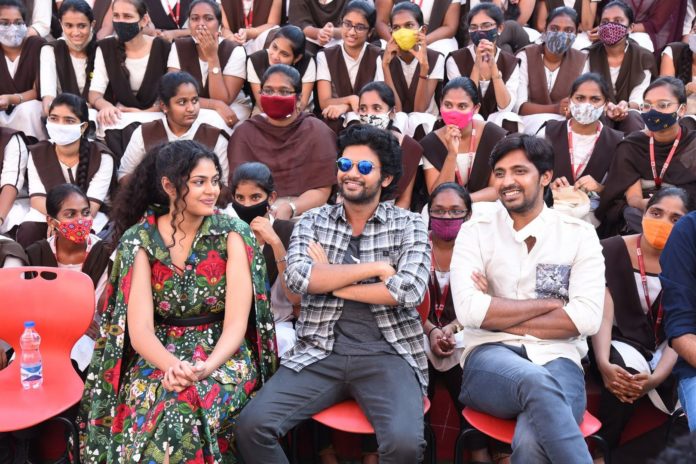 Small movie Jathi Ratnalu is creating a sensation across the Telugu states. The third-day numbers are higher than the first-day collections of Jathi Ratnalu. The film is raking huge numbers in USA too which is reopening slowly. The hilarious clean entertainment along with the funny one-liners made the film an instant blockbuster. The performances of Naveen Polishetty, Rahul Ramakrishna and Priyadarshi are well appreciated. Made on a strict budget of Rs 4 crores, Jathi Ratnalu is expected to close at Rs 30 crores in its final run.

The non-theatrical deals too fetched good profits for the makers. The biggest asset for the film is the promotions. The lead actors promoted the film aggressively for two weeks prior to the release. The film’s trailer too was well cut and the audience are well prepared in advance for the fun ride. Chitti song is a smashing hit and clocked millions of views. All these factors made Jathi Ratnalu a huge hit despite having flaws in the second half. Jathi Ratnalu is directed by Anudeep and Naveen Polishetty, Rahul Ramakrishna, Priyadarshi played the lead roles. Faria Abdullah is the heroine and Nag Ashwin is the producer.