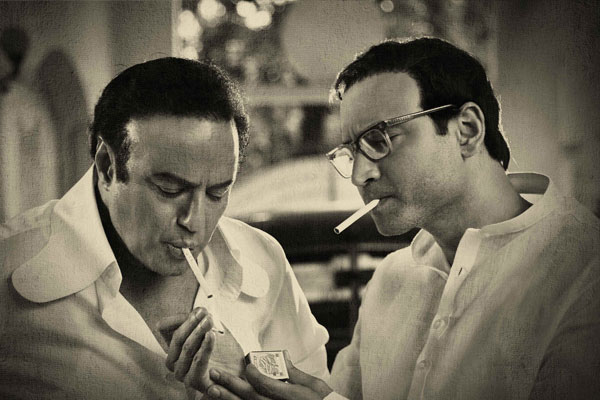 With just a couple of days left for the grand release of NTR Kathanayakudu, the makers are unveiling impressive promos to create more buzz in audience. The brief promos are cut from crucial episodes in the story of NTR’s life.

The latest promo is from an intense scene which has NTR striving for the self-respect and identity of Telugu people who are labelled as Madrasi by the rest of the country before the separation of the Andhra state from Tamil Nadu. Balayya in NTR’s getup is seen raising the voice for the recognition of Telugus as we have our own identity and culture. The promo also has ANR( Sumanth) who requests NTR to relocate to Hyderabad from Madras to avoid controversies.

This promo clearly points that Krish has showcased NTR as the torchbearer who strived for the recognition and pride of Telugu speaking people. Also, the camaraderie between NTR and ANR, the two legends of Telugu cinema, will be a treat for the audience to watch.