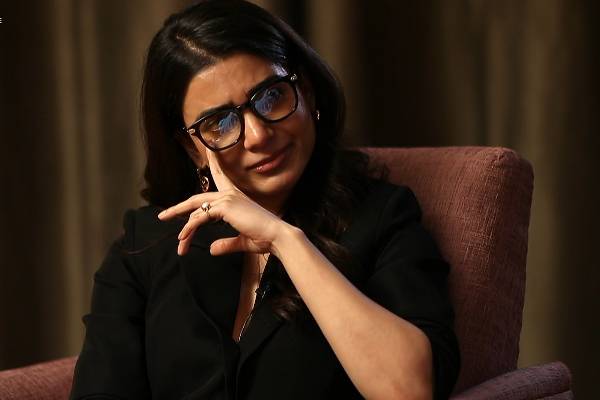 Samantha is battling with Myositis and is in recovery mode. She is a real fighter and the actress dubbed for her part for Yashoda even after falling sick. The film is releasing this Friday in all the Indian languages. Samantha recorded one interview which is out today. Her emotional words about fighting with Myositis is touching the hearts. The actress explained about the tough days and how things changed. Samantha continued to be committed for work though she is having health issues. The actress during her last post revealed about the good days and bad days. Samantha also expressed her confidence of coming out from this battle very soon.

Her emotional video interview is now available on YouTube and is going trending. The actress also lost her control at times when she explained about the battle. Yashoda is a thriller that is directed by Hari and Harish. The film is produced by Sridevi Movies and is made on a big-budget. The trailer received good response and Samantha has done some risky stunts in the film without a body double. The thrilling episodes, narration and Manisharma’s background score are the expected highlights of Yashoda.