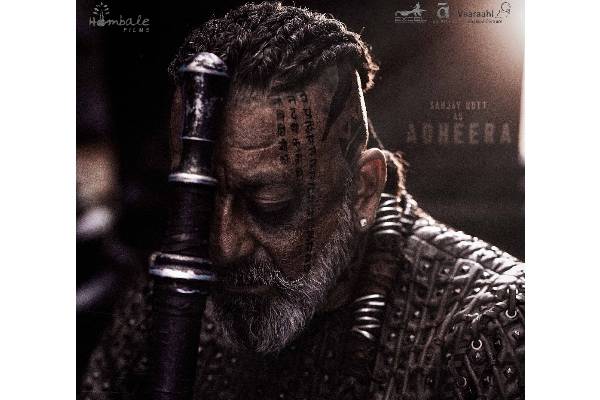 Bollywood actor Sanjay Dutt plays the lead antagonist, Adheera in KGF: Chapter 2. The actor has his portions pending to shoot and at this time he was diagnosed with lung cancer. The makers decided to shoot the pending portions with a body double but Sanjay Dutt himself wanted to wrap up the portions. He is currently growing his beard to get back to the deadly look of Adheera. Sanjay Dutt himself revealed this through a video byte and he said that it is always happy to return back to the sets.

The makers spent ample time to design the look of Adheera. All the pending portions of the film except Sanjay Dutt’s part will be completed this month. The makers of KGF: Chapter 2 are keen to release the film in Hindi, Telugu, Kannada, Tamil and Malayalam languages for Sankranthi 2021. Prashanth Neel is directing this high voltage action entertainer and Yash, Srinidhi Shetty are the lead actors.