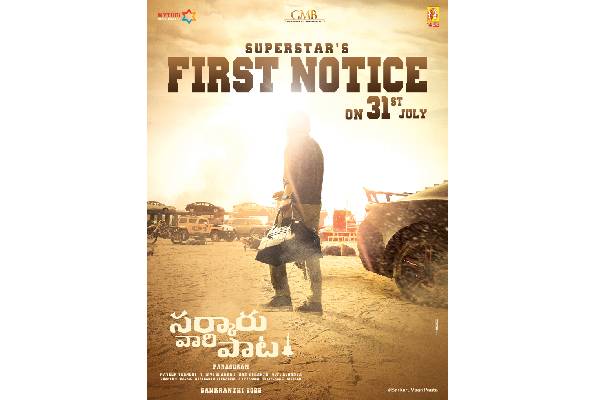 Superstar Mahesh Babu’s Sarkaru Vaari Paata being helmed by Parasuram is scheduled for Sankranthi release. Keerthy Suresh is the female lead in the movie which is being canned in Hyderabad.

Meanwhile, the makers have announced to release First Look aka First Notice on July 31st. Title poster of the movie was released when it was announced officially and after a long wait First Notice is coming in a couple of days. The First Notice announcement poster looks interesting, as Mahesh Babu appears with a bag in his hand and the premise hints it’s from a fight sequence.

Mahesh Babu sports a never-seen-before look in the film that will have music by S Thaman. R Madhi is handling the cinematography for the film.