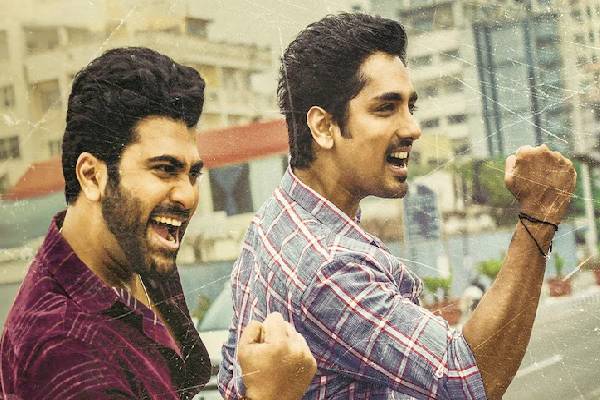 Sharwanand happens to be one of the best performers in Telugu cinema. Siddharth who delivered several blockbusters in Tollywood is making his comeback after a long break. Sharwanand and Siddharth are working for Maha Samudram and the shooting portions got completed recently. RX 100 fame Ajay Bhupathi is the director and he says that the entire shoot is completed in four months. He said that Sharwa and Siddharth are well bonded on the sets and they turned best friends towards the end of the shoot.

“Maha Samundram is shot in real locations of Vizag, Goa and Hyderabad. Not a single set is constructed for the film. Sharwanand and Siddharth delivered their best for the movie. They always behaved like newcomers throughout the shoot. Maha Samudram is an intense film and it is laced with emotional drama and entertainment. I was stunned by the performances of Jagapathi Babu and Rao Ramesh. The screenplay is the major highlight of Maha Samudram. The makers will finalize the release date soon” told the film’s director Ajay Bhupathi. Aditi Rao Hydari and Anu Emmanuel are playing the leading ladies in Maha Samudram.