Switch to: తెలుగు
Home Movies Movie News Simha Koduri is going to be ‘USTAAD’ in his next 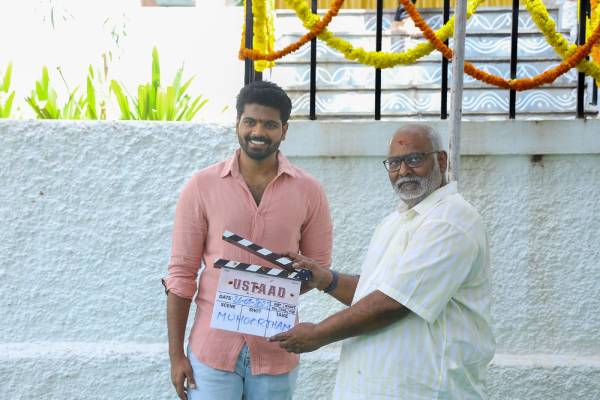 MM Keeravani’s son and ace director SS.Rajamoulis nephew Simha Koduri who made an impressive debut with the surprise hit Mathu Vadalara and impressed everyone with Tellavarithe Guruvaram is now launched his upcoming film.

Today the makers launched the movie in a lavish pooja event at Ramanaidu studios. The movie launched in presence of the film unit and a few special guests. MM Keeravani gave the first clap for the film. Also the makers shared the powerful title for the film. Simha Koduri is going to be Ustaad in his next.

Sharing the details, makers wrote ‘Here’s unveiling title ‘USTAAD’ and it. promises to tug your heart. It is going to be beyond what you expect. USTAADing ur timelines now.’

The film is written and directed by Phanideep. Music is scored by Akeeva B while Cinematography is handled by Pavan Kumar Puppala. More details about the project will be announced soon.