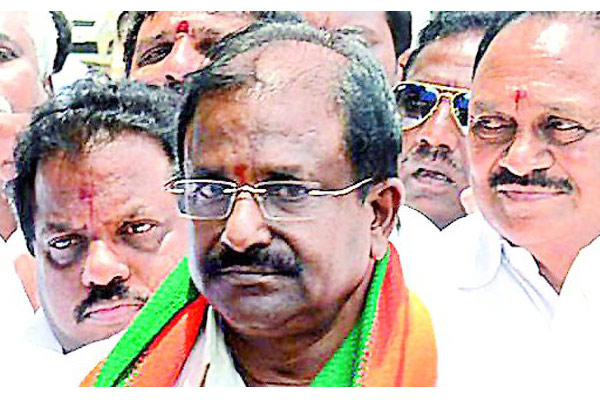 It seems Somu veerraju is upset by this move. Even though he and his group accepted that they will abide by party decision until the evening, after evening suddenly things changed. Some members of Somu veerraju group like Malakondayya, Bommula Dattu have announced their resignation to party posts in response to the injustice meted out to their leader Somai Veerraju. They told, their resignations were sent to party national president Amit Shah and general secretary Ram Madhav. Even Somu veerraju is not accessible to party leaders and caders after evening.