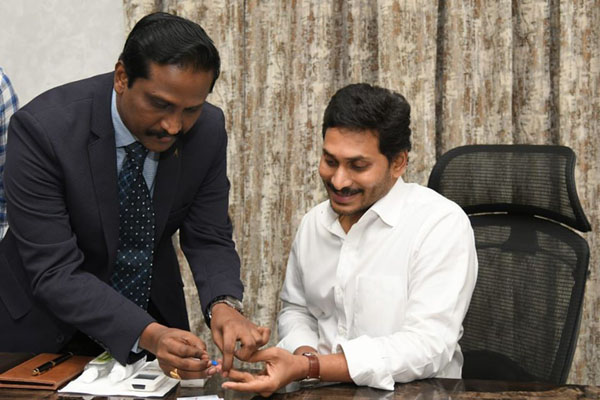 For Andhra Pradesh Chief Minister Jagan Mohan Reddy, obtaining one of the new, rapid testing kit straight from South Korean and unveiled by the state government earlier in the day was a snap. The state government on Friday announced that he tested negative in less than 15 minutes.

Andhra Pradesh reported 38 fresh cases in last 24 hours, most of these cases were registered in the Rayalaseema region. The tally in the state rose to 572 with 14 deaths reported. The surge in the number of cases despite the stringent measures has been a cause for worry the government. There has been a growing criticism from the Opposition TPD that the government isn’t testing enough.

With the government claiming that it had procured around one lakh rapid testing kits from South Korea, it now remains to be seen how many tests the government is going conduct on a daily basis.