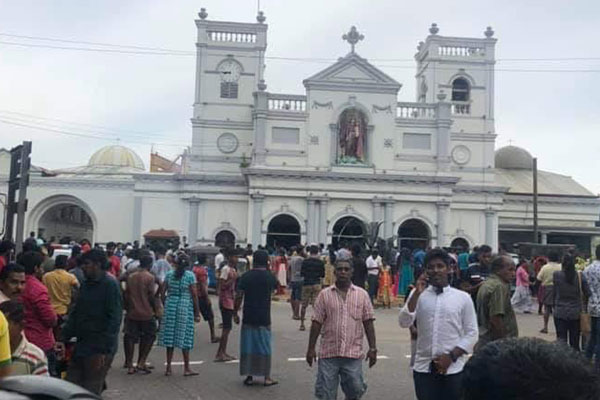 Sri Lanka declared a nationwide curfew after suicide bombers carried out a string of well-planned deadly explosions, mostly in Colombo, on Easter Sunday leaving 192 dead and 470 injured in the island’s bloodiest day since the civil war ended a decade ago.

Starting around 8.30 a.m. when the first blast ripped apart the St Anthony’s Shrine at Kochchikade here during Easter Mass, five more powerful explosions followed, hitting a total of three luxury hotels in Colombo and also St Sebastian’s Church in Negombo, 30 km from here, and the Zion Church in the eastern district of Batticaloa, 250 km east of Colombo.

Just as authorities thought they had the situation under control, another blast went off in the afternoon near a restaurant close to the Dehiwala zoo in Colombo, killing two persons, and the Colombo neighbourhood of Dematogoda killing another three persons.

No one claimed responsibility for the bloodbath but AFP reported that Sri Lankan Police chief Pujuth Jayasundara had issued a nationwide alert 10 days ago warning that suicide bombers planned to hit prominent Catholic churches.

The Daily Mirror newspaper quoted the findings of initial investigations as saying that the first six major blasts were caused by Islamist suicide bombers and added that two of them had checked a day earlier into the Shangri-La Hotel, one of the three hotels targeted in Colombo.

It said that the investigators who broke into Room No 616 “had recovered materials used by radical” Islamist extremists. The Mirror said it was not clear if the bombers were Sri Lankans or foreigners.

Authorities said that 35 foreigners were among the dead but their nationalities were not clear.

Besides Shangri-La, the other hotels hit were Cinnamon Grand, located near the official residence of the Prime Minister, and Kingsbury Hotel.

A Sri Lankan journalist, V. Thanabalasingham, told IANS over telephone that a sense of panic had gripped Colombo, which had given up its overbearing security apparatus ever since the Tamil Tigers were crushed in May 2009, leading to a decade of peace.

Photos and videos circulating on social media showed the roof of one church had been almost fully blown away in the blast. The floor was littered with a mixture of roof tiles, splintered wood and blood, media reports said.

Many people could be seen covered in blood. Some helped those with more serious injuries. Ambulances, their sirens wailing, rushed the dead and seriously injured to hospitals — once a familiar sight in Colombo.

Minister of Economic Reforms Harsha de Silva described the carnage. “Horrible scenes. I saw many body parts strewn all over,” he said.

President Sirisena urged the public to be calm and cooperate with the authorities to conduct swift investigations into the blasts. “I am shocked and saddened by the situation.”

The government had imposed indefinite curfew across the nation and has temporarily blocked Facebook and Instagram to curb the spread of fake news.

AFP quoted the police warning as saying that a foreign intelligence agency had reported that the National Thowheeth Jama’ath (NTJ), a Muslim group blamed for attacks on Buddhist shrines, was planning to carry out suicide attacks against prominent churches as well as the Indian High Commission in Colombo.

Although Christians form only around 7 per cent of the Sri Lanka’s mainly Buddhist population, they are found both in the majority Sinhalese and minority Tamil communities. 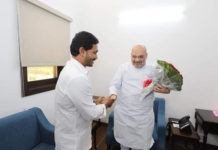