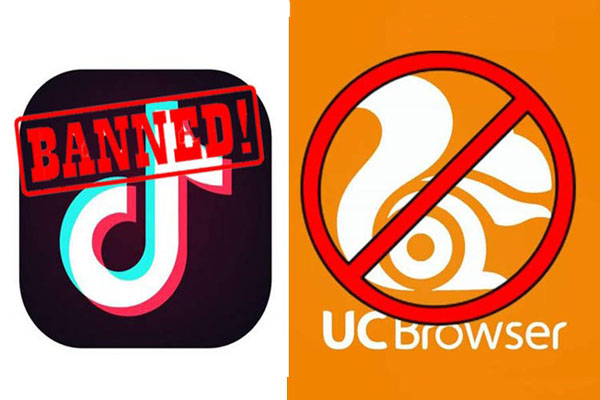 In a significant move, the Modi government on Monday decided to ban 59 mobile applications linked to China citing national security. The Modi government has issued an order asking the mobile operators to block the applications. This is the first major decision taken by the central government to cripple the Chinese presence in India in a strategic way. The decision follows the Ladakh border standoff with China in which at least 20 soldiers, including an Colonel-rank Army officer Santosh Babu from Telangana were martyred in a hand-to-hand combat in Galwan Valley.

The 59 mobile apps including the popular Tik Tok and ShareChat. The Chinese UC Browser, e-commerce apps Club Factory, live streaming app Bigo Live among the 59 Chinese companies that have been banned by the government on Monday. The Chinese Apps have successfully taken over the Indian app market from social, short video till gaming apps and more.

Social content platforms such as Helo and SHAREit, apps based on entertainment and engagement such as TikTok and LIKE, WeChat, video and live streaming ones like LiveMe, Bigo Live, and Vigo Video, utility apps such as BeautyPlus, Xender and Cam Scanner and popular e-commerce apps including ClubFactory, SHEIN, and ROMWE have been banned.