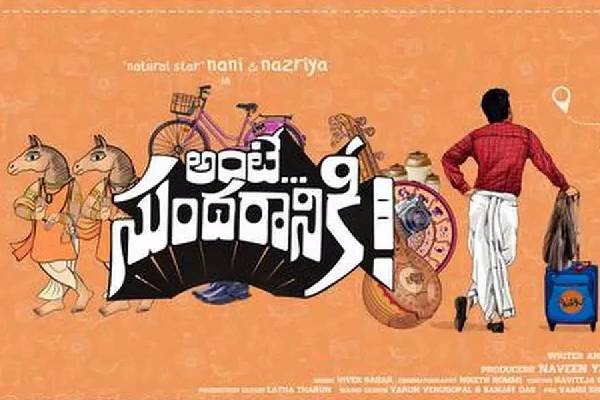 Mythri Movie Makers produced Ante Sundaraniki and Vivek Sagar composed the music. Nani is on a break and he will resume the shoot of Dasara soon. The film is a rustic Telangana love story and Nani’s look received a positive response from the audience and fans.