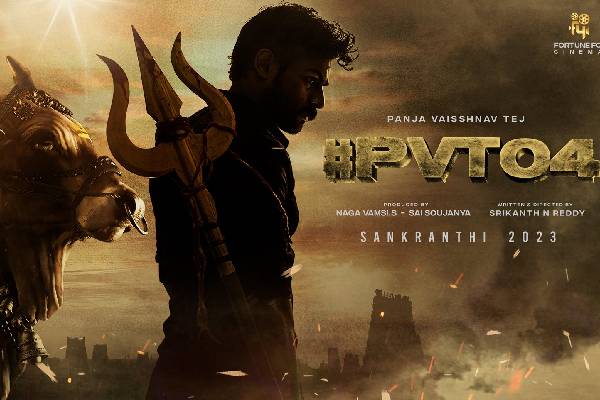 Mega hero and Uppena star Vaisshnav Tej is signing back-to-back films. The youngster announced his fourth film which is yet to be titled. Debutant Srikanth N Reddy is making his directorial debut and Pelli SandaD fame Sree Leela is the leading lady. The film is announced and is launched officially today. The makers announced that the film would be a mass entertainer and a small motion poster is released. The shoot starts soon and the film will head for Sankranthi 2023 release.

Vaisshnav Tej’s film will clash with two biggies: Prabhas’ Adipurush and Vijay’s Vaarasudu. Sithara Entertainments and Forture Four Cinemas are the producers. Vaisshnav Tej will be seen in a massy role in this film. More details to be announced very soon. Vaisshnav Tej is done with the shoot of Ranga Ranga Vaibhavanga and the film will head for release soon.