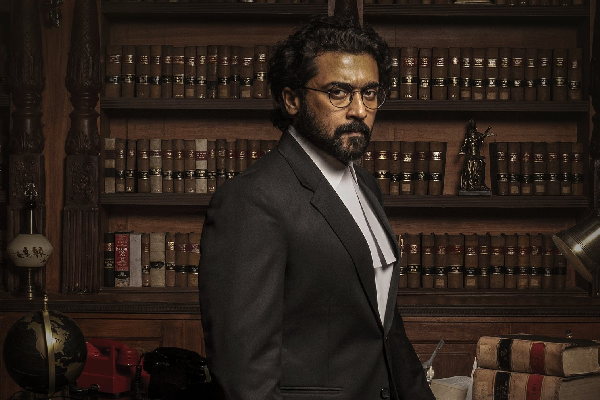 South Indian top actor Suriya tested his luck last year with Soorarai Pottru and the film had a direct digital release through Amazon Prime. The film received critical accalim and Suriya’s work is appreciated widely. The actor today announced that his upcoming movie Jai Bhim will head for a direct digital release through Amazon Prime in November this year during the Diwali weekend. Suriya essays the role of a lawyer in Jai Bhim.

TS Gnanavel directed the movie and the shoot reached the final stages. Suriya and Jyotika produced this bilingual on 2D Entertainment banner. Rajisha Vijayan is the leading lady and Prakash Raj plays a pivotal role in this courtroom drama that is shot simultaneously in Tamil and Telugu languages. Suriya is also making his digital debut with Navarasa that will stream on Netflix from tomorrow.