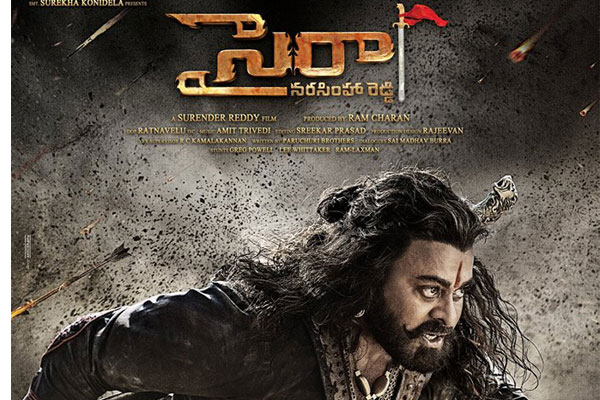 Megastar Chiranjeevi’s period film SyeRaa Narasimha Reddy is touted as the next Baahubali of Tollywood. The film is being made on a larger than life canvas with ensemble cast, whopping budget and Hollywood technicians. As the SyeRaa is a prestigious film for Chiru and Charan, they are leaving no stone unturned to make it a grand affair like Baahubali. They are following a similar strategy like Rajamouli for SyeRaa promotions.

It is well known that SS Rajamouli and his team redefined publicity strategies and set an example by promoting Baahubali franchise very aggressively. For the first part, Rajamouli introduced each and every significant character in the story to audience through posters. This strategy paid off very well and a lot of hype was generated among audience.

Now, the makers of SyeRaa are taking a cue from Baahubali promotions. Like Baahubali, SyeRaa features an array of stars in prominent roles. So, director Surender Reddy has decided to unveil each character on a special occasion to garner good buzz on the film.

After releasing Chiru’s look on his birthday a few days ago, team Syeraa has now unveiled the first look poster of Kicha Sudeep’s role this Saturday. The striking makeover of Sudeep received a thumping response from audience. It is learnt that the makers are planning to release the looks of remaining actors in the film one by one very soon. This is a very clever strategy to draw the attention of audience before the film’s release.