Puri Interview : ISM is the transformation of corruption over the past 10 years 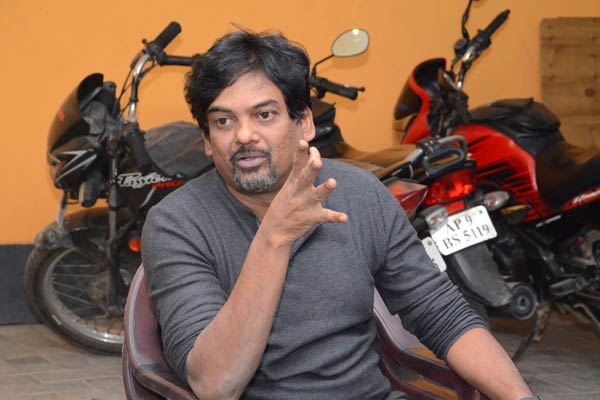 Sensational director Puri Jagannadh is known for directing innovative concepts in quick successions in Telugu cinema. Irrespective of the result of his films, he has been busy with back to back films. After scoring a massive hit with Temper starring NTR, the ace director is back with ISM in which Tarak’s brother Kalyanram essayed the lead role. The movie is gearing up for release this Friday and during this occasion, Puri interacted with the press and here are the excerpts from his interview:

What is all ISM about?

ISM has been taken from journalism and it is the story of the journalist who fights against the corruption that happens in the society. It is all about solving many problems related to corruption.

How is ISM related to Cameraman Gangatho Rambabu?

Both the films are completely different and ISM deals with only corruption.

How did you deal with corruption through ISM?

I got this idea 10 years ago however I have been watching the stories of corruption all these years. With all the developments in these years, I prepared the script of ISM.

Is Kalyanram the first consideration for ISM?

I have been working on many scripts and when I decided to work with Kalyanram, I felt that ISM is the apt script for him. Kalyanram is a honest person and I felt that this character would match him as he needs to essay a honest journalist in ISM. That is how the film happened.

What kind of research did you do for ISM?

I have worked a lot on the script before going to the sets. I cannot reveal much about the research as the plot of the film will be revealed. You will come to know after watching the film about the efforts we kept for ISM.

You said you prepared the plot 10 years ago, did you ever feel that the film got outdated today?

No, not at all. It is because I have been updating the script on regular basis and ISM is a solution for many problems in this modern world.

How did you balance the film with the message and the commercial elements?

Yes, I balanced all the elements in the film. However I used the characterization of Kalyanram to convey the message which is straight and strong.

Why is Kalyanram asked to do six pack?

He has a strong characterization in the film and it looks awkward for a journalist preaching with a huge tummy. I wanted him to be fit and strong enough after which he worked out on his looks. Kalyanram loved the script and he lost 14 kgs for the film and the role.

How would you rate Kalyanram’s performance in ISM?

It is early to say but he will sure end up getting the Best Actor award soon. His performance throughout the second half has been outstanding.

We have been hearing so much about the court scenes?

Yes, those are the highlights of the movie and Kalyanram’s performance has been completely natural and genuine in them.

What was Kalyanram’s reaction after watching ISM?

Kalyanram has been completely delighted after watching the film and he complimented me that ISM is the best film in my career. I will be happy if it happens so.

What do you want to say about Corruption?

Corruption is a never ending process and it lasts till humans are present. It has been taking new ways and we discussed how to fight against corruption in a new way through ISM.

No, he has been busy with the shoot of Sarkaar 3 and he is not habitual of watching all my movies. He loved the trailer and appreciated it. I will show the film after the release.

How did Hari Krishna react after watching Kalyanram’s looks?

He has been completely excited and he loved Kalyanram to the core. He appreciated the trailer and Hari Krishna garu will watch the film on the first day with fans. I am excited.

He is a very good technician and I sang, penned couple of songs for him. The melodies from the album have been getting good response.

Aditi Arya has been Miss India last year and she learned Telugu and performed well in the assigned role. She worked hard for her role in the movie.

What happened about your film with Mahesh Babu?

I narrated a script to Mahesh which impressed him. I have not received any response from him.

Tell us about Puri Talkies?

Puri Talkies is all about encouraging fresh talent in all the frames of films. The work is currently on and I will update you soon.

The entire shoot of the film has been wrapped up and the movie will release during December.

How do you pick films?

I have scripts that last for the next ten years. It depends on the time and the actor who suits the film. It is all about how an actor connects with the script and its intensity.

Your next big goal?

I have worked with all the leading Indian actors. My next goal is to make a film with Indian as well as Hollywood actors in the lead roles.

All the Best for ISM

Thank you very much.