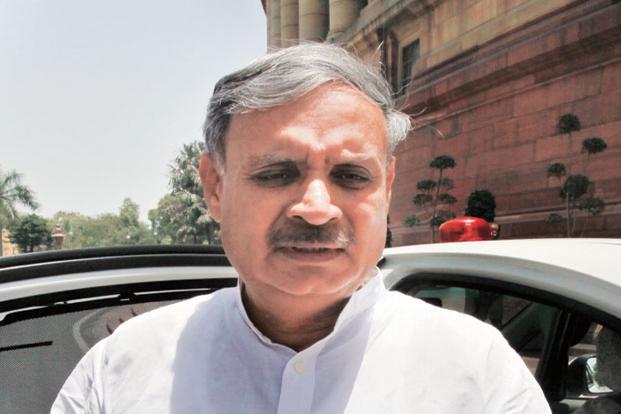 The NDA government has finally let the cat out of the bag.

Much to the chagrin of its regional partner Telugu Desam, the planning minister Rao Jitender Singh made it clear that  there was no plan with the center to accord special status to any state.  The minister said it on the floor of Lok Sabha to the  members agitating for the special status to Andhra Pradesh during question hour.

The unambiguous statement from the minister came at a time when  union minister of state for science and technology YS Chowdary has been day in and day out claiming that the decision on special status is in the final stages of announcement.

However, there are no takers for Sujana Chowdary’s statement. The TDP MPs  last week staged dharna in the parliament premises demanding the special status to Andhra Pradesh, though this was in response to the jabs taken at them by movie star Pawan Kalyan who said the businessmen-MPs were doing more business than fighting for rights of the state like special category status.

Similarly, another movie star Sivaji also entered the fray to fight for the special category status. Sivaji appointed convener of a joint action committee set up to take forward the movement.

Even though the demand is gaining momentum, the TDP government, being a partner of the NDA, not able to raise the matter beyond a point. Because, Prime Minister Mody has been maintaining an honorable distance from Naidu ever since he entered the 7 RCR. Besides, the TDP is only an important ally of BJP,  its support is not critical to NDA. Hamstrung by these factors Naidu has long back stopped demanding special status. Rao Inderjig  Singh’s statement is more embarrassing for the TDP  than the pressure being built by YSRC, Congress and CPI.

Let us watch how TDP supremo reacts to the Centre’s statement.