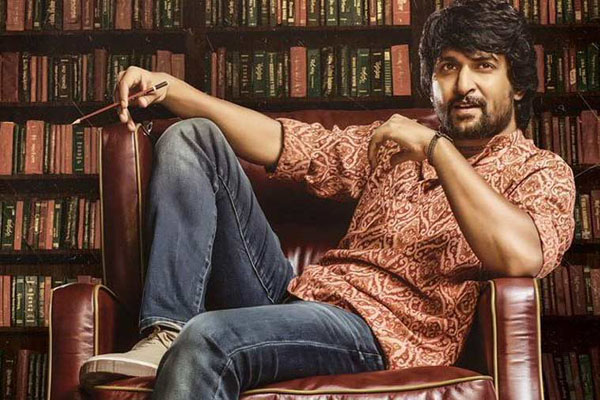 Gang Leader has a good opening weekend worldwide as the film has collected a distributor share of 16.09Cr. In comparison, Nani’s last release Jersey has collected 15.75 cr share worldwide in its opening weekend. The film has done good business in Rest Of India markets & decent in Overseas. Similar to the Telugu States, weekdays are going to be crucial for the film especially in Overseas as it is a long way towards breakeven.

An acid test for Nani and his Team

Nani’s Gang Leader is hitting the screens tomorrow. Though the trailer and the songs sounded decent, the film is carrying low buzz right from day one. Nani is busy promoting Gang Leader all over and with the release date inching, nothing changed much. The advance sales for the film are not satisfactory. Tickets are available online for each and every screen for tomorrow which is quite shocking.

Gang Leader is a crucial film for the entire team. Despite of Jersey getting rave reviews, the film failed to rake massive revenues. Nani is in plans to bounce back with Gang Leader. Vikram Kumar’s last offering Hello ended up as a dud. Mythri Movie Makers who tasted back to back hits during the start have been struggling to deliver a decent film. Gang Leader’s result completely depends on the word of mouth of the film. Priyanka Arul Mohan is making her debut as the female lead and Gang Leader is hitting the screens tomorrow.

Nani in talks for one more project?

Natural Star Nani is one actor who wraps up films in quick successions. The actor loves to complete projects on a strict budget and is releasing three films every year. He is back from his US vacation and is promoting Gang Leader which is hitting the screens this Friday. He will start shooting for Mohana Krishna Indraganti’s V which will release early next year. Nani gave his nod to Shiva Nirvana for a romantic drama which will start from January 2020.

As per the latest update, Nani is holding talks with Sudheer Varma for a mass entertainer. Sudheer Varma’s recent offering Rangasthalam ended up as a dud. Sudheer Varma is working on the script currently and an official announcement would be made if Nani gets impressed with the final draft. S Naga Vamsi will produce this project on Sithara Entertainments. More details awaited. 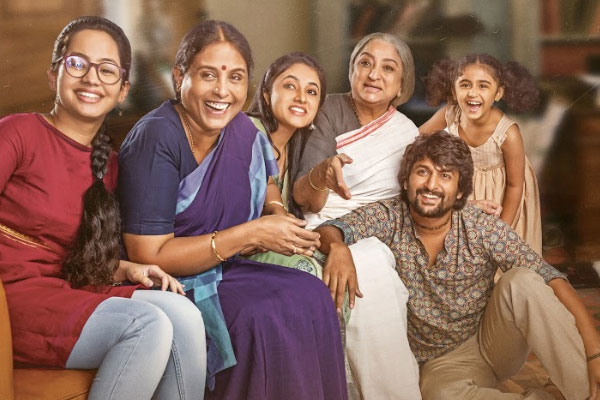 Nani – Vikram Kumar’s Gang Leader is gearing up for a grand release on the 13th of this month ie, coming Friday. Worldwide theatricals of the film are valued for 28 Cr. Initially, the film was set to clash with Valmiki but was averted as it got postponed to the 20th.

I don’t know how to respond to these complaints -Nani

As the film ‘Gang Leader’ is set for a showdown this Friday, talented actor Nani is once again busy with hefty promotional events too. He’s busy giving interviews to various media outlets and sharing thoughts about the movie.

During one such interaction, Nani was asked about the result of Jersey and how he takes criticism and reviews in his stride. After listening to this question, he made an interesting comment. “When the film MCA made all time best collection of my career, critics said I should do good films rather than these commercial movies. And when Jersey is one such film I could boast about for life, they are pointing that the film’s collection haven’t crossed the numbers of MCA. I don’t know how to respond to these complaints?” said Nani.

Despite the fact that the film Jersey got fancy ratings and super positive reviews, the film made dismal collections, leaving the producers in almost 5 cr deficit from box office collection. But Nani has another interesting point here to share- “Jersey is now being reamed in other languages and many other rights are sold. So how could you term it as a flop movie?” he asks.

Natural Star Nani is busy with the shoot of Gang Leader which is in final stages. Vikram Kumar is the director and the makers managed to keep the details of the interesting plot under wraps. The first look poster was released and it generated a good amount of reach. Nani has been spotted with a bunch of women comprising of all ages which happen to be his gang in the film.

Priyanka Arul Mohan is the female lead and the details of the cast are yet to be revealed. Gang Leader is announced for August 30th release and the film is bankrolled by Mythri Movie Makers. Anirudh Ravichander is composing the tunes and background score for this interesting film. Vikram Kumar who picks up unique scripts seems to have one more interesting premises set through Gang Leader. 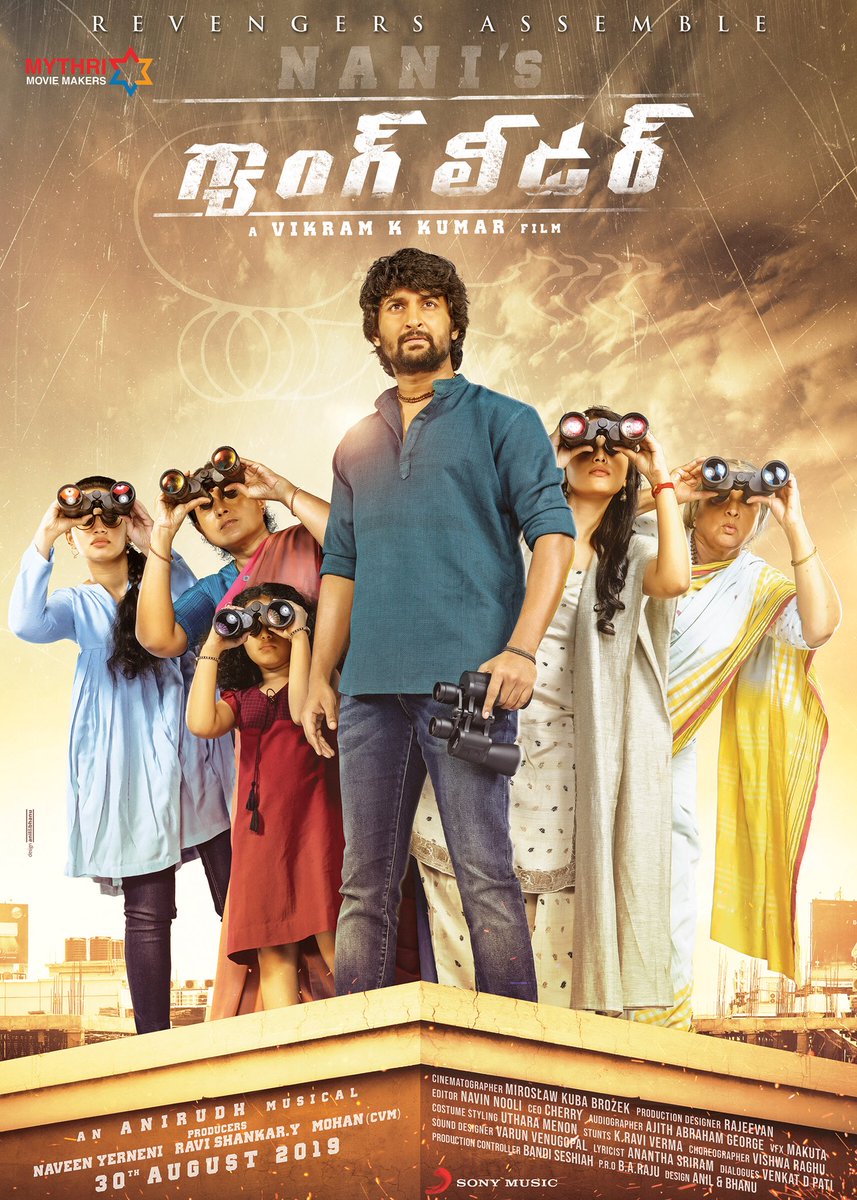 Nani clarifies on two things with a single poster

Rumours are quite high from some time that Nani’s upcoming film Gang Leader that has Manam fame Vikram K Kumar in the director’s seat, is facing some reshoot issues. That led to doubt if the film will be hitting cinemas on August 30th as planned.

In the wake of Nani’s Jersey not putting up quite a profitable front at the box office, many have believed indeed these rumours are true. But rubbishing them all, Gang Leader team has now clarified that they are coming up with the First Look on July 15th, First Song on July 18th, First Teaser on July 25th. Already a teaser of the film which doesn’t feature Nani has hit the marquee, and this is the second instalment of promotion for the movie.

“We MET, We are READY, We are the GANG & I AM #GANGLEADER”, tweeted Nani, as he revealed the poster that has all the dates. At the same time, this tweet gave another clarity too.

There was a buzz that some fans of Megastar Chiru are quite upset with the title “Gang Leader” and Nani is contemplating to change it. But this latest tweet and poster confirm, there are no such things in the offing. He’s the new Gang Leader!! 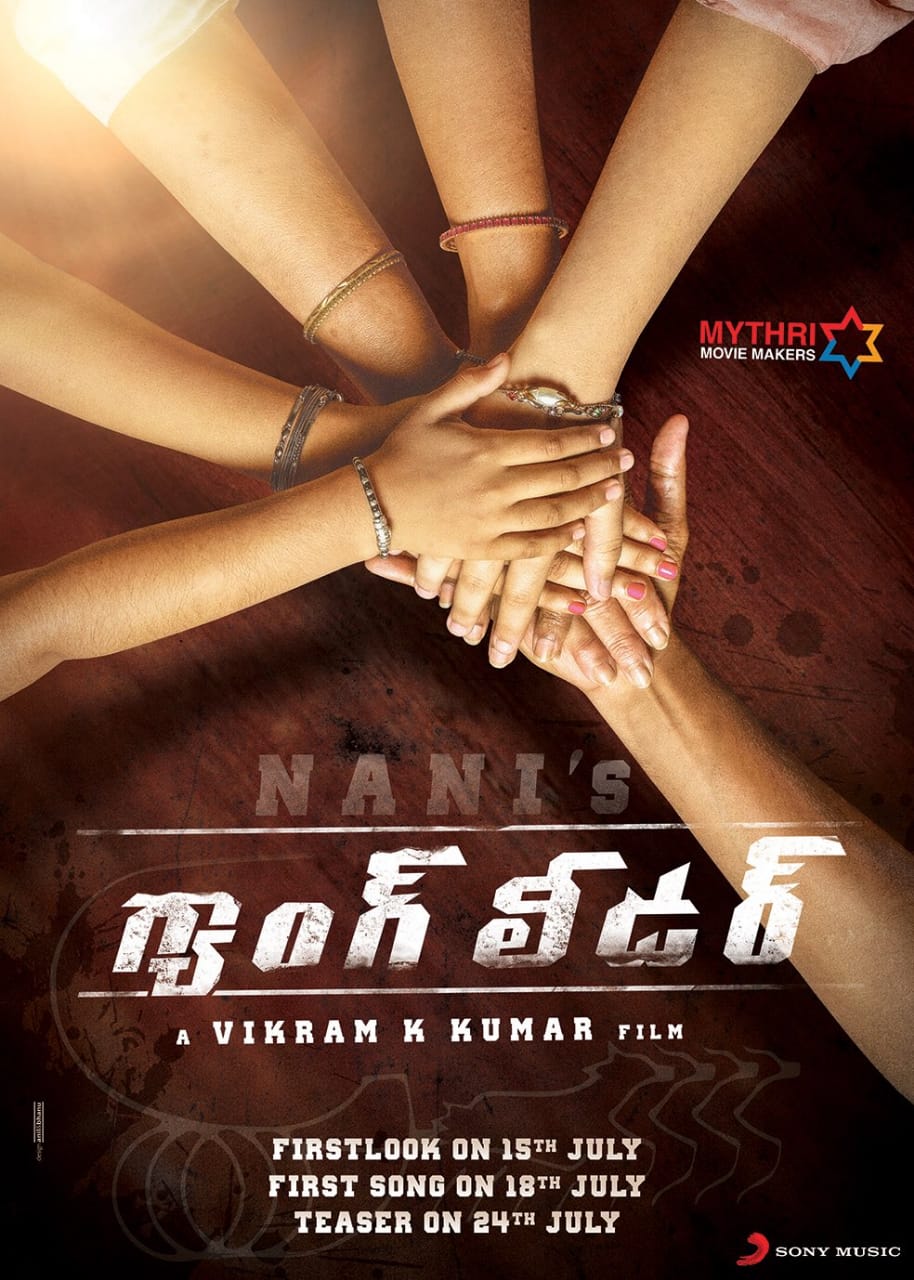 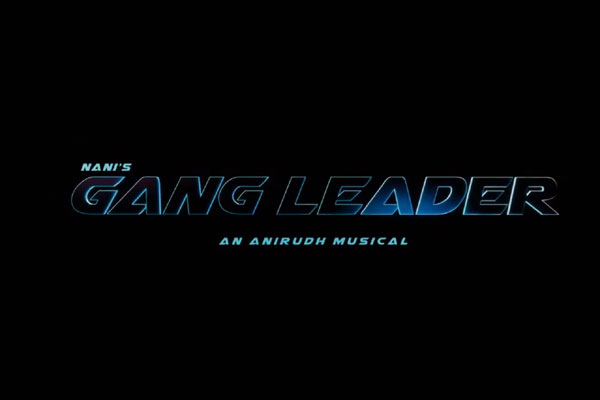 Natural star Nani’s film with creative director Vikram Kumar has been titled as Gang Leader. On the eve of Nani’s birthday today, the title has been revealed by Nani in style along with a video snippet.

Going nostalgic about his first day experience of Megastar Chiranjeevi’s super hit film Gang Leader, Nani posted in his Twitter page – ‘Still remember the aviators and the beard look and the welding gun in his hands 🙂
First day first show as a kid and the rest was history
A proud fan announcing his title today
#Nani24 title is here …

In the video, comedian Satya is seen narrating the details of a family during a police interrogation. He reveals the ages of 5 ladies in the family and says that there is one leader to this entire ‘Gang’ who is like the hand which carries the five fingers and like lord Krishna who supported Pandavas – and then the title is revealed as Gang Leader.

The film’s shoot is going to kick start shortly and the makers have announced that it will release in August. Anirudh Ravichander is going to compose the soundtrack for the film.

Still remember the aviators and the beard look and the welding gun in his hands 🙂
First day first show as a kid and the rest was history
A proud fan announcing his title today #Nani24 title is here …@Vikram_K_Kumar @anirudhofficial @MythriOfficial pic.twitter.com/ty5Tm0QpcU