Jodi Trailer: Content is no match to the Title 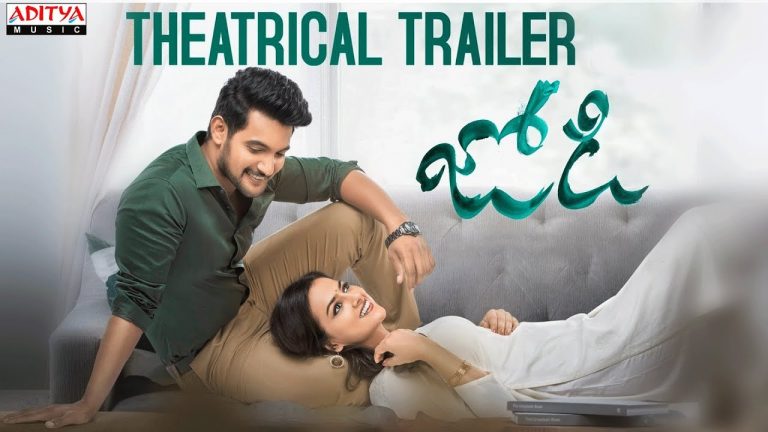 One of the most struggling heroes Tollywood has ever seen is Aadi Pudipeddi, the star kid who is trying it hard to make himself a star. The trailer of his long delayed movie ‘Jodi’ is here, which has a set of good actors but commits some primary mistakes.

The moment you hear about the title ‘Jodi’, we remember a love story that features Prashant and Simran, and also some terrific melodies that haunt music loving souls even now. After grabbing that title, including font design from the old movie, Aadi’s film is about a hero and his father who invests every penning in cricket bettings, thus creating major troubles. Oops, is this Jodi not a love story?

Going by the trailer, one would definitely say- ‘Aah contetnt enti? Aah title enti?’ as the film’s commercial nature with a beaten to death storyline sounds like another cliche. Hero working hard for the family, heroine still reeling with 90s mindset, hero’s father addicted to all bad habits, heroine’s father not accepting the hero, stylish villain saying his ego is important to him- is this not a cliche?