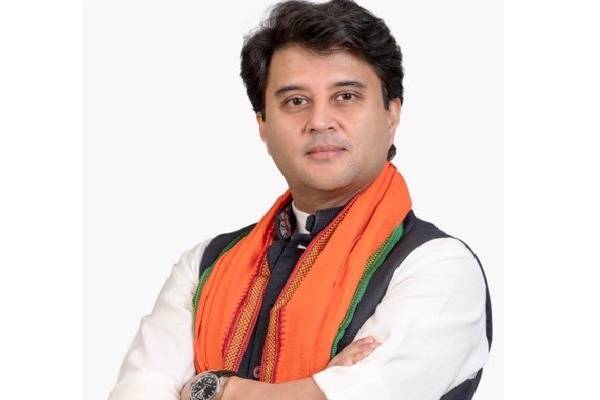 Why did Union Minister Jyotiraditya Scindia come to Hyderabad and have lunch with KCR barely a day after KCR came back from Delhi? Ostensibly, he is here to launch the supply of medicines through drones as part of the drone sorties beyond the visual line of sight (BVLOS) at 500 metres in Vikarabad. But those in the know say that he had met KCR and KTR on a special mission.

The mission is to ensure that TRS’s partner and KCR’s best buddy Asaduddin Owaisi contests from more constituencies in poll-bound UP. If Asaduddin Owaisi manages to divide the Muslim votes, it would help the BJP in coming back to power. So, KCR would be required to ensure that the MIM has enough financial muscle to eat into the Samajwadi party’s vote. The Samajvadi Party mainly depends on the Muslim vote to win the elections. If MIM manages to take away at least 10 per cent of the Muslim votes, it would be a disaster for the SP.

The MIM has done this in Bihar and has helped the BjP and the JDU to come back to power in the face of a tough fight with the RJD. The MIM tried to do the same thing in West Bengal but failed miserably in denting the Muslim vote, which solidly went to the Trinamool Congress. Now the MIM will have to play the spoiler to enable the BJP to win the polls. Sources said that the MIM will be financially supported in this endeavour by the TRS. Highly placed sources say that this issue has figured during the recent meeting of KCR with the top leaders of the BJP.

However, all this is sure to rattle the state BJP leadership, which is currently on a padayatra against the TRS. Party state chief Bandi Sanjay is unleashing a strong attack on KCR and the TRS government on many issues. He is also raising the Hindutwa issue in a very strident manner during his padayatra.

Union Minister of Civil Aviation Jyotiraditya M. Scindia has urged the Telangana government to re-examine the request of Hyderabad International Airport Limited (HIAL) for extending concession agreement for another 30 years.

In a letter to Telangana Chief Minister K. Chandrasekhar Rao, he urged the state government to re-examine HIAL’s request and submit its recommendations to the Ministry of Civil Aviation.

Scindia mentioned that a Concession Agreement (CA) dated December 20, 2004 was executed between Ministry of Civil Aviation, Government of India and HIAL for development, construction, operation and maintenance of Hyderabad International Airport.

Scindia also underscored the issue of operationalization of Warangal Airport and its inclusion under Regional Connectivity Scheme (RCS) -UDAN (Ude Desh ka Aam Nagrik). He mentioned that Warangal Airport is within 150 km aerial distance of HIAL and can be developed with mutually agreeable solution, to be explored by State Government of Telangana with HIAL and Airports Authority of India (AAI).

The HIAL is a joint venture company promoted by the GMR Group (63 per cent) in partnership with Airports Authority of India (13 per cent), Government of Telangana (13 per cent) and Malaysia Airports Holdings Berhad (MAHB) (11 per cent).

As per the information on GMR website, Hyderabad Airport was commissioned in a record time of 31 months and inaugurated on March 14, 2008, with an initial capacity of 12 million passengers per annum (MPPA) and 150,000 tonnes of cargo handling capacity per annum. The airport master plan has the flexibility to increase the ultimate capacity to over 100 MPPA in phases.