Switch to: తెలుగు
Home Tags Kanche to release on Dussehra 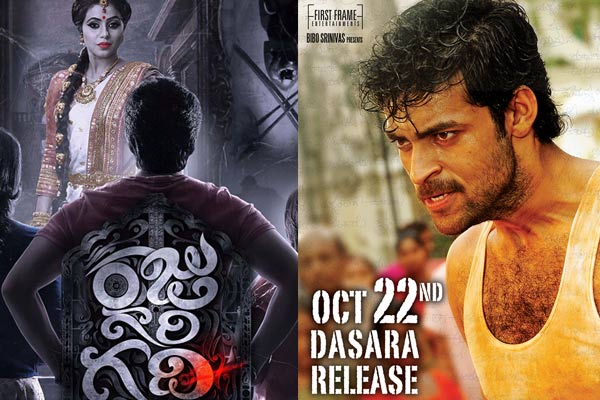 With ‘Akhil’ out of Dussehra race, a bunch of films are now gearing up to test their luck at box office on October 22nd. Already, the makers of Kanche have confirmed that they will release the film on Dusheera.

Now, adding into the fray are a couple of medium budget films. One of them is ‘Raju Gari Gadhi’ which was directed by anchor turned filmmaker Omkar. The film, a suspense thriller, has Dhanraj and Danya Balakrishna in the lead roles. This is the second directional venture of Omkar.

Another medium budget film which is going to release along with Kanche is young actor Sumanth Aswin’s Columbus. Misthi Chakraborthy and Seerat Kapoor are the female leads in the film. R. Samala is making his debut as director with this film.

So, both Raju Gari Gadhi and Columbus will be competing with Kanche which is carrying positive reports in the industry circles.