Has the media found the key to BJP’s internal thinking and planning? Has it cracked the BJP code? Is it now able to predict the BJP actions with an air of certainty? Yes, say some key people in the media.

Normally, the BJP is like an iron curtain. The party’s internal goings-on never come out into the open domain. The party knows how to keep the media guessing and how to spring surprises. The party has achieved absolute surprise when it came to demonetization and Naga accord. Similarly, it has managed to keep under wraps the details of ministry formation and the allocation of portfolios. Even in the matters of internal security like the removal of Article 370 and Article 35 A, the party managed to keep secrets and surprise the media.

Ever since Narendra Modi took over, no minister is talking to the media. Those with deep media connections like Arun Jaitley and Sushma Swaraj are gone and the present crop of leaders in the BJP do not entertain the media. Modi has also not addressed many media conferences. He is also not in the habit of giving interviews as a PM. As a result, there is an invisible curtain between the media and the government.
However, it now appears that the media is now able to see through the BJP’s iron curtain and understand its thinking. For instance, it was able to predict the cabinet reshuffle in advance. It is another matter, however, that many of its predictions with regards to ministers and portfolios went wrong. But, it still managed to predict a cabinet rejig.

Similarly, it managed to predict the resignation of Yediyurappa as the chief minister of Karnataka. In fact, it was able to predict the exact date when he would resign and got it right. Analysts, however, feel that more than the media cracking the code, it is the BJP which has realized the importance of traditional media like the print and electronic media. So, the party is planning these leaks and is getting them broadcasted. The analysts say that post-Covid failures, the BJP feels that it needs to open up with the media to contain the damage. Hence, the party itself is leaking information about its programmes, they say.

At a time when fake news is flooding the media and the people are unable to discern what is real and unreal in the coverage of news and dissemination of knowledge, Prime Minister Narendra Modi’s call for credibility needs heed.

Speaking at the 75th anniversary celebrations of Tamil newspaper Daily Thanthi in Chennai on Monday, Modi stressed the importance of language newspapers in reaching out to different sections of people and the need for credibility as people tend to crosscheck what’s shown on the TV and written in newspapers and draw their own conclusions. In other words, what he means is in a multimedia culture, a single source of information has no place. At the same time, he also wanted healthy competition among credible media platforms.

Dwelling at length on editorial freedom, the Prime Minister said it should be used wisely in public interest. Invoking Mahatma Gandhi, Modi said: “Press is called the Fourth Estate. It is definitely a power, but to misuse that power is criminal.”

Giving a piece of his mind on the content, Modi wanted the media to shift its focus from politics-centric coverage to non-political and developmental news that affects a majority of population in the country.

One wonders how a media-shy prime minister has suddenly become media-savvy. 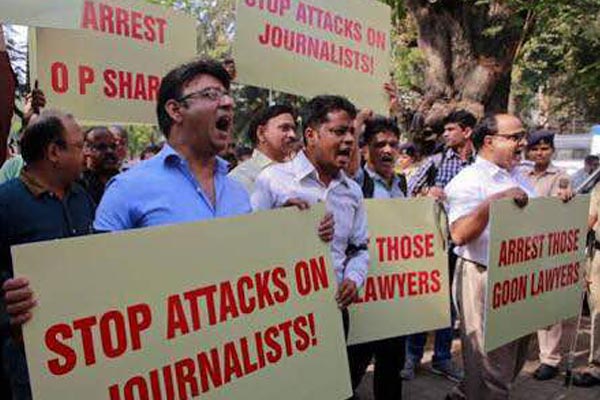 Freedom of the press is a precious privilege that no country can forego said the father of Nation Gandhi. Seven decades into independence the freedom of press is under threat. India is three ranks lower than the previous year in the latest World Press Freedom Index report released by media watchdog Reporters Sans Frontières (RSF).

RSF or Reporters Without Borders complied 2017 World Press Freedom Index reflecting a world in which attacks on the media have become commonplace and strongmen are on the rise. India ranked 136 on the list, close to its neighbouring nations Pakistan at 139, Bangladesh at 146 and Afghanistan which the report termed as “difficult situation”.

The reason for the fall in India’s position “With Hindu nationalists trying to purge all manifestations of anti-national thought from the national debate, self-censorship is growing in the mainstream media. Journalists are increasingly the targets of online smear campaigns by the most radical nationalists, who vilify them and even threaten physical reprisals”, states the report

It also held that that media freedom has never been so threatened and RSF’s “global indicator” has never as high as 3872.

Finland which used to top the charts, surrendered its position to Norway followed by Sweden which rose to second position. The United States of America is down by two places at 43rd position while the United Kingdom is down by two places at 40th position due to Donald Trump’s rise to power in the United States and the Brexit campaign respectively. Russia has maintained its status quo of 148.

China at 176 and Vietnam at 175 were termed as are the world’s biggest prisons for journalists and bloggers. North Korea is ranked last at 180th position as even listening to a foreign radio broadcast in the country can lead to a spell in a concentration camp.

Can Babu Question Media of its Sources?-A Comprehensive Report 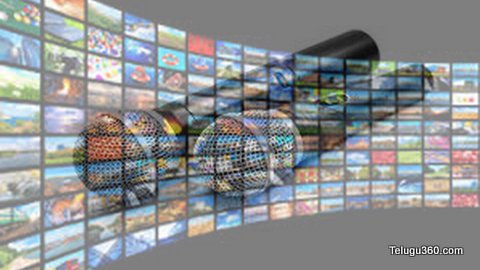 With the Anti Coruption Bureau’s probe into alleged cash-for-vote is looming large to TDP, its supremo and chief minister of Andhra Pradesh Chandrababu Naidu is time and again questioning the media of its sources—the medium through which the alleged sting operation went viral.

In an effort to defend the image of the party-whose MLA is arrested-TDP is launching a scathing attack on the media by asking as to how the media has been getting the sources.

It is a known fact that ‘press/journalism’ is considered as a fourth estate-one of the foundations-of any democratic country. Media- print, electronic and new-has always been shouldering a higher responsibility, not just in India, anywhere across the country for that matter.

In an effort to fulfill its responsibility, it undoubtedly becomes a ‘watch dog,’ to highlight whatsoever matter it feels harmful to the democratic system and presents before the public of the country for their judgment.

Media will have its sources in almost all government offices and none can deny it. Sometimes, such source can be a tea vendor and at times a top official. None has the authority to question the media from where it has got the sources, as per the prevailing international laws.

What happened in Watergate Scandal?

The infamous Watergate Scandal-occurred in the United States in mid 1970s-witnessed the involvement of the then US President Richard Nixon in break-in of DNC headquarters at Watergate complex.

When five burglars were caught by the-Federal Bureau of Investigation-along with the cash, the then president Nixon who was involved in the entire episode, denied to face the investigation.

The world, however, came to know about the source when Mark Felt himself revealed that he was the source in Watergate Scandal in 2005.

Resignation of Nixon as US President:

Owing to the in-depth reports-with required proofs-of Washington Post, Richard Nixon stepped down as the president of the United States of America on August 8, 1974.

The USA and South America have made an Inter-American declaration of principles of Freedom of Expression. According to Principle 8 of the declaration, media has the right to keep its sources confidential.

While Africa and others adopted similar principles to protect ‘Freedom of Press,’ European Court of Human Rights observed that protection of ‘media sources,’ was a key requisite of a democratic country in the case ‘Goodwin v UK,’ in 1996.

Although Indian media doesn’t enjoy such absolute privilege, just like how Goodwin v UK granted absolute Freedom of Press to Europe, any counter-action by the media v Chandrababu Naidu can result in similar declarations.