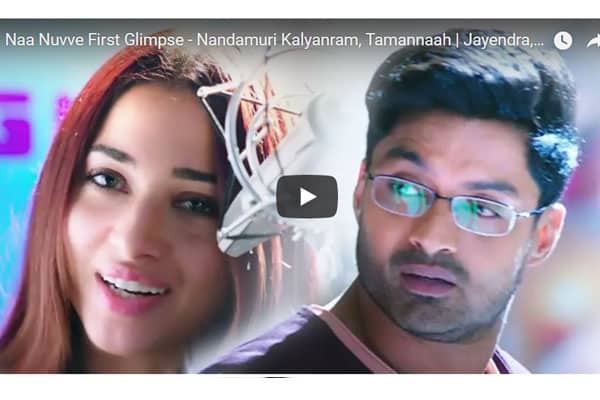 Nandamuri Kalyan Ram, who is giving finishing touches to his upcoming film MLA, is also simultaneously shooting for his next project which has Jayendra of ‘180’ fame as the director.

This film has been titled as “Naa …Nuvve”, first glimpse has been unveiled today morning and the 40 seconds breezy teaser hints that the film is going to be an emotional romantic thriller.

The teaser begins with Tamannaah’s intro as a radio jockey which is followed by an endearing emotional song and Kalyan Ram is flanked by a number of books around which seems to be the film’s raison d’etre. The interesting teaser is surely going to raise the expectations on the film.

Award winning cinematographer PC Sreeram is canning shots for this film which is slated for Summer release.