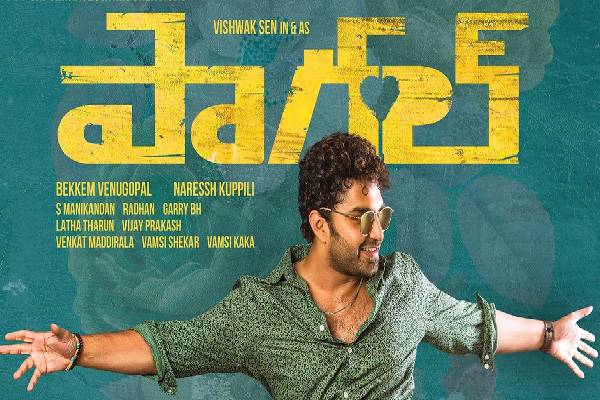 Paagal film is produced by Dil Raju and Bekkam Venugopal with Vishwak Sen as a hero and the film is made on a decent budget and has decent expectations. The film is releasing on August 13th in the USA. After collecting the feedback from the distributors about the audience returning back to theatres, Dil Raju decided to release Paagal covering the Independence Day weekend.

Prem (Vishwak Sen) loses his mother (Bhumika Chawla) when he was seven years old. With advice from his friends to only love a girl who would treat him with motherly love, Prem proposes to 1600 girls and every one of them rejects his proposal. Frustrated, Prem attempts suicide, when an already engaged Teera (Nivetha) confesses her love for him. The rest of the story is about how these two lovers try to get past the hurdles for a happily ever after.

Debutante director Naresh’s intention seems to deliver a quirky comedy sans logic. While the approach may be plausible, a story founded on mother sentiment leaves little scope for quirky comedy. From the very beginning, the scenes are lacking the tender mother-child sentiment. When the movie switches to the comedy track, it clearly shows that the director is overcompensating and failing hard. Sequences where Prem moves to Vizag city to propose to girls, back to Hyderabad, gay love involving a senior politician, etc… end up being unimpressive. Songs ‘Google Google’ and ‘Ee Simple Chinnode’ are good.
Entering in the post-interval scenes, heroine Nivetha Pethuraj as Teera has very less screen time. For a few brief moments, the love track between the lead pair seems ok. And then the rest of the second half goes haywire.

Prem’s character is tailor-made for Vishwak Sen. He impresses with his performance. It is, however, high time he starts hitting the gym with a purpose. Nivetha Pethuraj is just adequate. Murali Sharma, playing the heroine’s dad does ok. A lot of relatively unknown faces who don’t add much to make the movie any better.

Verdict:
Paagal is a poorly made film, offers literally nothing to the audience except for a couple of songs and some okay performance from Vishwak Sen. Age-old plot, with no comedy, no emotions, nothing. A very forgettable film for everyone involved.