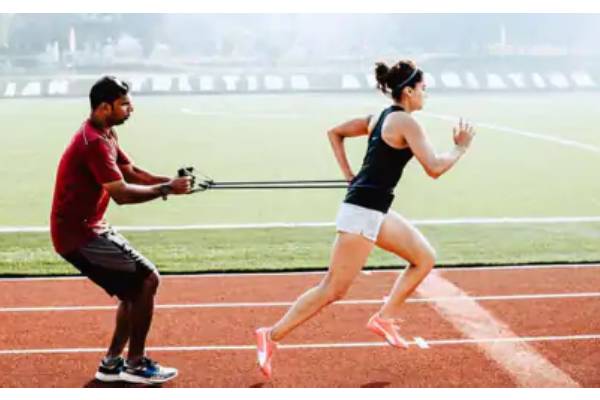 Taapsee Pannu proved her mettle down South and cemented her position in the North after she has done an impressive set of films. Taapsee is now considered for a series of sports dramas and women-centric films. She is the lead actress in Rashmi Rocket and Taapsee plays the role of an athlete. She has been rigorously trained before she joined the sets of the film. In a short video byte, Taapsee revealed the amount of hard work and efforts and she kept in to transform herself as an athlete.

Though it was quite tough initially, Taapsee never gave up. The actress told that it was painful and the shoot was kept on hold. The glimpses of the intense training sessions are unveiled in the video byte. Rashmi Rocket is directed by Akarsh Khurana and the shoot commenced in November in Pune. RSVP Movies are the producers and Rashmi Rocket releases next year. Taapsee will soon reprise the role of Indian star woman cricketer Mithali Raj.

As I finish the last athletic training for #RashmiRocket today here’s the journey I was waiting to share with you all….
If it makes you curious then the transformation was worth it 🙂 #MelwynCrasto#MunmunGaneriwal #PrachiShah#SujeetKargutkar pic.twitter.com/7pIHX2IoFD