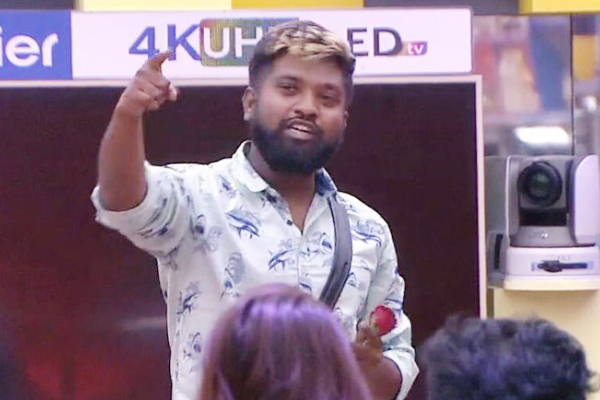 Bigg Boss season 2 is coming to the end and whoever survives eviction this weekend, will be in the final episode. As of now, all the 6 housemates are in the danger zone.

Today Bigg Boss gave a task to all the housemates and whoever wins the task will have opportunity to go to the finals. The task will be conducted in two parts. Today Kaushal , Roll Rida and Geetha Madhuri are given three containers and each of them have to fill their container with sand. Other 3 contestants Tanish, Samrat and Deepti can disturb them and take the sand out of the containers. Whoever saves more sand in their container by the end of the task, will be the winner. Tomorrow the task will be repeated by reversing the roles and will have another winner. These 2 winners later compete and final winner out of the 2 will be saved from eviction this week and so will reach finale.

But the task turned violent as Kaushal and Tanish not only shouted at each other but it even went to the extent of fighting physically. As one among the three – Geeta Madhuri, Roll Rida and Kaushal will go to finals, the game turned interesting. After Samrat emptied Kaushal’s container, Kaushal went and tried to empty Geetha Madhuri container so that she also will not go to Finale and he was successful in that. Later he went and tried to do the same with Roll Rida but Samrat and Tanish came to the rescue of Roll Rida. Actually Kaushal should have tried again to fill his container but he tried to empty the containers of other 2 contestants of the group

As Kaushal reversed his role, Tanish and Samrat also reversed their roles. They tried to protect Roll Rida so that he goes to Finale at the cost of Kaushal and Deepthi. In this process, Tanish and Kaushal crossed the limits. Bigg Boss clearly warned both of them as he told, there should be no physical attacks during the game. But both of them continue to fight. At one point, Tanish hurt Kaushal and later Kaushal hurt Tanish. After this, Bigg Boss stopped the task intermittently. Even after the task was cancelled, Kaushal and Tanish continue to argue. Bigg Boss gave them a stern warning that if they continue this, Bigg Boss will send both of them out of the house.

Finally Big Boss announced that it is Roll Rida’s container that has more sand and so he is the winner of the task today. Roll Rida will later compete with winner in next episode and whoever wins out of these 2, will be saved from eviction this week and will reach Finale of season-2.

As per promo, it seems tomorrow’s episode please even more intense. 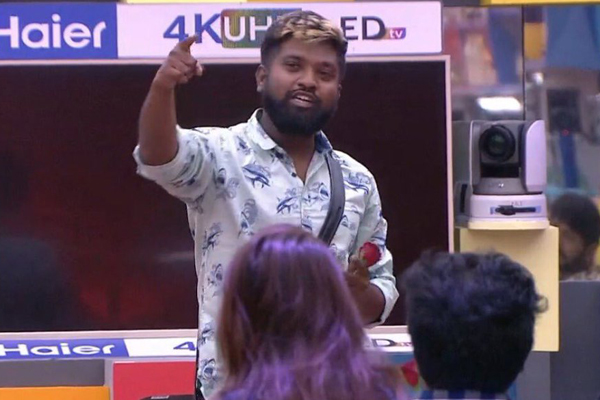 In Bigg boss house, call center task continued today too. It started on Tuesday. The task was – house divided into two teams – Call center employees and public callers. Whoever puts off the phone first will lose a point to another. Finally, Kaushal’s team won in the task as they got 10 points while Tanish’s team got only 7 points.

Roll Rida, who is in Tanish’s team played well and different compared to other teams. To make others put off the phone, all callers as well as call center employees tried it ’emotional way, i.e. they tried to provoke other person emotionally. But Roll Rida tried pranks and succeeded in winning points. In previous episode, he called Samrat, a call center employee, and asked intentionally, whether he is talking to Kaushal. Samrat thought phone is wrongly connected and disconnected the call and lost point to Roll Rida. Today episode also he cheated Nutan Naidu same way. Nutan was a caller now and Rida was call center employee. When Nutan Naidu tried to provoke Rida, he pretended to have got provoked and pretended to put-off the phone. But Nutan did not believe Roll Rida and asked him to show the phone. Roll Rida, without disconnecting his call, put his receiver on Tanish’s phone and showed it to Nutan and trapped Nutan disconnected call and lost point.

But finally Kaushal team won the task. In promo of tomorrow episode, it was shown that Rida and Kaushal fighting for captaincy. We will have to wait until tomorrow to know who will be next captain of the house.