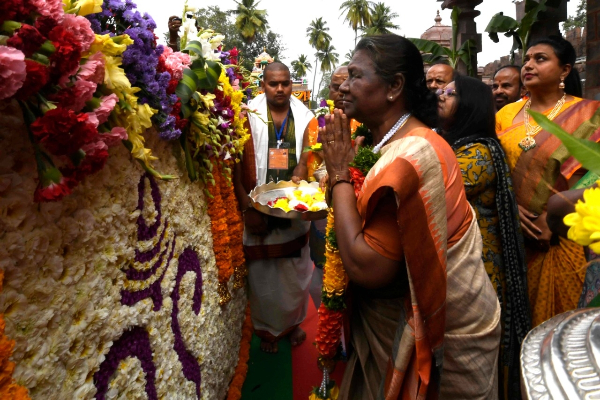 Arriving at Sunnipenta helipad from Hyderabad by a helicopter, she was received by Andhra Pradesh Endowments Minister Kottu Satyanarayana, Finance Minister Buggana Rajendranath, local MLA Shilpa Chakrapani Reddy, and senior officials. From there, the President reached Srisailam temple by road.

Earlier, she had arrived at Rajiv Gandhi International Airport, Shamshabad, in a special aircraft and later left for Srisailam by a helicopter.

Tight security arrangements were made at Srisailam for the President’s visit. The temple authorities had suspended darshan for devotees and diverted traffic as part of the arrangements. 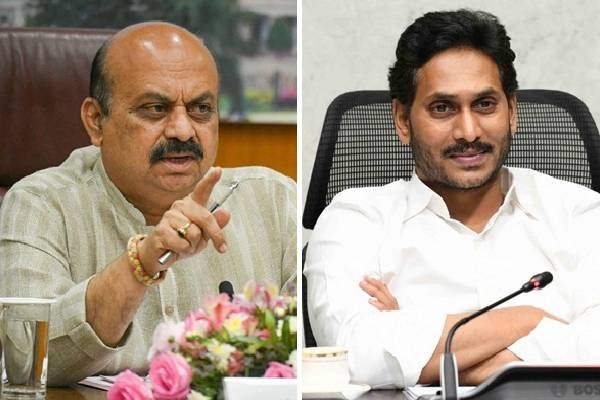 Karnataka Chief Minister Basavaraj Bommai has requested his Andhra Pradesh counterpart to provide protection to the devotees from his state who visit Srisailam.

Addressing the media on Thursday, Bommai said that a large number of devotees from Maharashtra and Karnataka visit Srisailam in Andhra Pradesh.

“I have been in constant contact with the Andhra Pradesh officials since yesterday night. The situation is now in control. Two pilgrims were seriously injured and hospitalised. They are recovering. Efforts are on to speak to the Andhra Pradesh Chief Minister.”

Srisailam has a temple of Lord Shiva. Large number of people visit this place regularly.

“Pilgrims from Karnataka have been assaulted at Srisailam. A large number of pilgrims from other states visit Srisailam for the religious Yatra (fair). The pilgrims from outside should be ensured proper protection,” the Chief Minister added.

Andhra police on hunt for drone operators over Srisailam temple 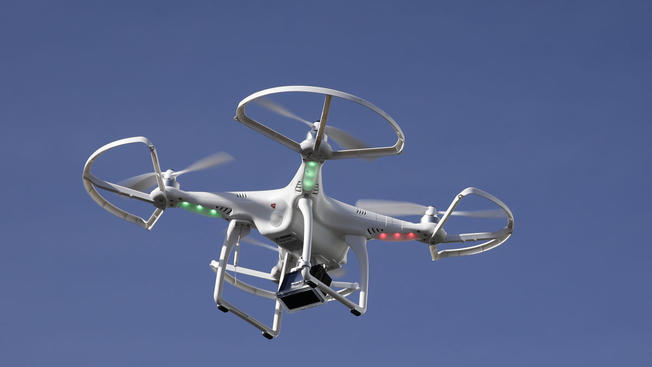 The police at the temple town of Srisailam in Kurnool district of Andhra Pradesh are still on the hunt to find out the people responsible for flying a drone over the Sri Bhramaramba Mallikarjuna Swamy temple for three days at a stretch.

“Around 8:30 p.m. and 9 p.m., (the drone) was just appearing for a few minutes and then disappearing,” Kurnool district SP Fakkeerappa Kaginelli told IANS on Monday.

According to the SP, nano drones weighing less than 250 gm do not require permission to fly, prompting the police to suspect if any amateur video shooting, recce or any other kind of activity was being carried out by the unknown drone flyers.

Kaginelli said the police are open to all possibilities and are verifying the matter from every possible angle.

Incidentally, the drone activity caught Kurnool police unawares as no such case was reported till now, especially involving an important temple.

When quizzed if the police didn’t think of shooting down the drone, the officer said, “Today I am camping at Srisailam, let me see. We are conducting extensive cordon and search operations across the Srisailam forest area along with forest department officers.”

“We will assess the situation and then take a call whether to go for a forced take down,” he said.

In their bid to find out the drone operators, the police have taken up extensive search operations in lodges, hotels and tourist places.

The SP said flying drones without permission occurs in many places, compelling the police to seize the compact unmanned aerial vehicles and warn their operators.

However, continuous drone activity over the temple at a particular time has pushed the police to gather intelligence from various sources. 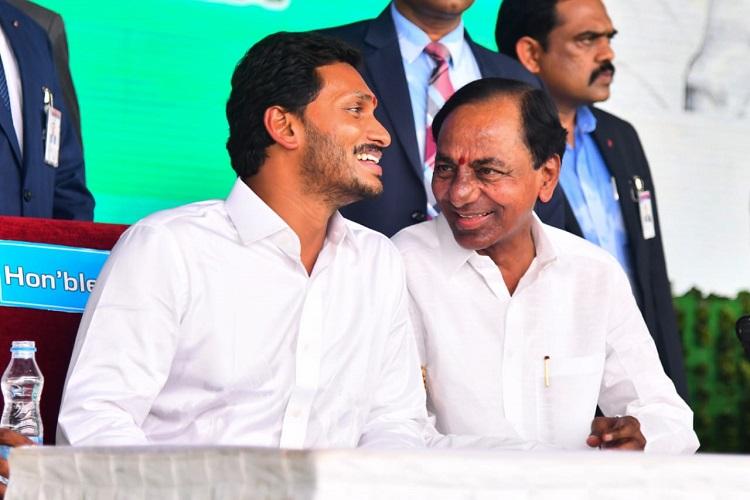 The moment AP Government announced a new project for diversion of Krishna waters from Srisailam dam, Telangana Chief Minister K Chandrasekhara Rao made a battle cry. He and his family members, KTR and Harish Rao, began launching war-like preparations against AP. KCR threatened never-before action against AP Government. All these bold statements of KCR are carried in front pages and as breaking news in Sakshi media. Interestingly, Sakshi gave more space to KCR statements than even AP CM Jaganmohan Reddy on this issue. At the same time, ‘Namaste Telangana’ highlighted all statements of Jaganmohan Reddy in its front pages. The TRS mouthpiece project the issue as if AP was doing something unimaginably bad to Telangana while KCR was doing all he could with all his knowledge and cleverness to prevent that harm to his state.

Now, opposition parties in both states are cracking their heads as to how to confront these media tricks of Telugu CMs. First, they have doubts whether Jagan Reddy has real intentions to construct the new lift irrigation project. Many questions are being asked from where money can be mobilised for this when AP financial situation is in deep crisis. Moreover, CM Jagan has already thrown up his hands in helplessness and unable to complete Polaravaram lifeline project of AP. Amid this, TDP leaders are not making an open attack on the new Srisailam project since there is no clarity yet. Whatever, the media stunts launched by KCR and Jagan have created political confusions in Telugu states like never before.

The team, which explored about 45 sq km area around Srisailam, found the reserves near Chennakesavula Gutta and Padra villages. The mineral is of superior quality.

According to AMD-OU team Kadapa super basin has about five lakh tons of Uranium and Telangana  has about a lakh ton of reserves.

The research team of published their findings in the latest issue of Chinese Journal of  Geochemistry.

The reserves may contribute substantially to Uranium stocks of India. It may be recalled that Uranium Corporation of India (UCIL) has already set up Uranium mining facility near Tummalapalle village that falls in Kadapa super basin. Uranium is considered to be the future fuel of India.