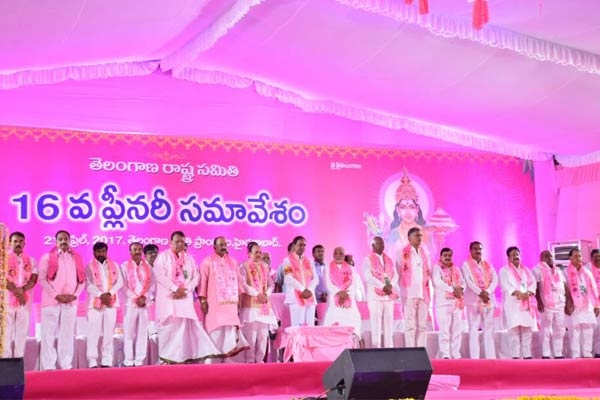 A resolution to this effect was passed at the plenary of ruling Telangana Rashtra Samithi (TRS) at Kompally on the outskirts of Hyderabad.

Chief Minister and TRS President K. Chandrasekhar Rao moved the resolution during his inaugural address and it was passed unanimously.

He said he would raise the demand during a meeting of NITI Aayog in New Delhi on Sunday.

Rao said the MGNREGA was creating shortage of farm workers during the crop season, causing problems for farmers.

He said while the central scheme proved beneficial and many works were undertaken, it also led to problems for farmers as they were not getting workers to work in fields during the crop season.

If the MGNREGA was linked to agriculture, the labourers under the scheme can be used for farming.

A Federation of Indian Chambers of Commerce and Industry (FICCI)-KMPG report in 2015 said that schemes like MGNREGA have affected farm labour adversely in the country and can have a negative impact on productivity and prices.

According to the report, rural wages grew on average by 17 per cent since 2006-07 and outstripped urban wages while productivity has not increased.

The share of agri workforce during the same period declined from 56.7 per cent to 48.8 per cent. 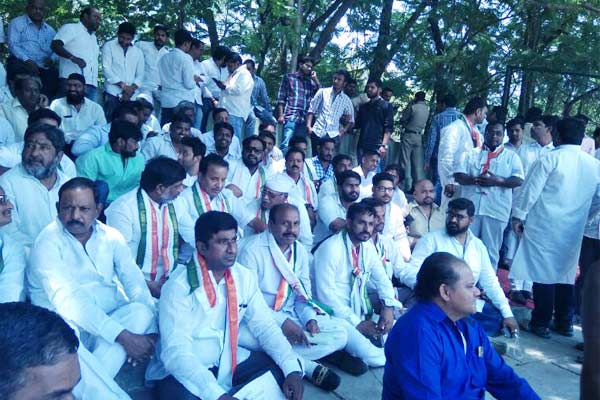 Police detained leaders of Telangana unit of Congress party here on Monday as the opposition intensified its protest over shifting of ‘Dharna Chowk’, a popular venue of protests in Hyderabad.

Tension prevailed at Tank Bund in the heart of the city as several leaders sat on satyagraha at the state of B.R. Ambedkar but police evicted them on the ground that there is no permission for the protest.

The Congress party had called for the protest to demand Telangana Rashtra Samithi (TRS) government to revive ‘Dharna Chowk’ at Indira Park in the heart of the city.

Uttam Kumar Reddy alleged that TRS government is suppressing the voice of opposition by shifting ‘Dharna Chowk’ to the city outskirts. “This move is undemocratic. The government is not ready to tolerate the voice of dissent,” he told reporters.

The Congress leaders said TRS chief K. Chandrasekhar Rao, who organised many protests in the city including Million March during Telangana movement, was not snatching the rights of the opposition parties.

The protest by the Congress came a day after leaders of Dharna Chowk Protection Committee launched a month long relay hunger strike at the Communist Party of India (CPI) headquarters, Mukhdoom Bhavan here.

The committee comprising leaders of CPI, CPI-M, other Left parties and mass organisations denounced the attitude of the Chief Minister and said the government was denying the democratic rights of the people to protest.

Noted educationalist and former Member of Legislative Council (MLC) Chukka Ramaiah said that it was unfortunate that Chandrasekhar Rao, who participated in many agitations programmes and meetings at Indira Park during the Telangana movement, now does not want that very Chowk to exist.

‘Dharna Chowk’ had been the venue of thousands of protests by political parties, people’s organisations, students’ groups, employees’ unions and others for over two decades.

Chief Minister Chandrasekhar Rao had last week defended the police move to shift ‘Dharna Chowk’ to the city outskirts saying that that some parties were deliberately creating problems in the name of protests. He also stated that the venue doesn’t make any difference as the opposition will still be able to highlight the issues and bring them to the government’s notice thanks to the coverage by the media.

Last month, leaders of all opposition parties had come together to meet Governor E.S.L. Narasimhan Rao and submit a memorandum protesting the government’s move.