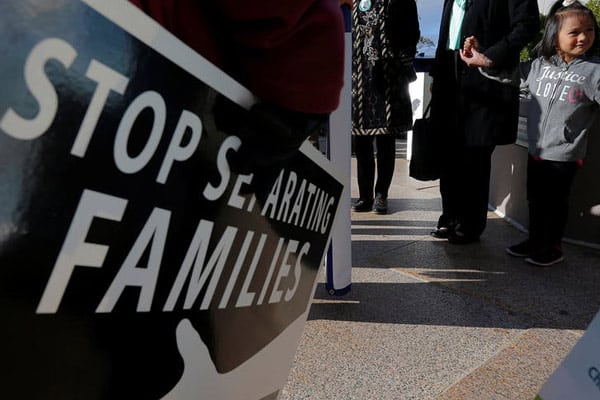 On Dec. 14, the Trump administration announced a regulatory change that would strip spouses of high-skilled foreign workers of the right to work in the United States.

The apparent aim is to promote Trump’s “Buy American, Hire American” executive order issued in April. It’s also part of efforts to scale back the H-1B visa program, which allows workers to bring spouses and children under H-4 visas.

Besides likely having a negative impact on industries that use H-1B visas, such as information technology, software development and finance, my own research shows that it will also, intentionally or not, disproportionately harm women.

There is no shortage of opinions about the merits and drawbacks of the H-1B program.

Critics argue that the program has been abused by companies that seek to replace American workers or pay them lower wages. Advocates, meanwhile, point out that foreign workers increase innovation and bring in much needed high-skilled labor.

But there is another consideration left out of this debate: how the program directly affects the lives of the workers and their families.

Historically, family reunification has played a contentious role in U.S. immigration policy. Starting with the Page Law of 1875 and the Chinese Exclusion Act of 1882, women (predominately from Asia) were barred from migrating either as spouses or on their own. These laws were responsible for creating “bachelor societies” of immigrant men and limited the establishment of permanent Asian communities in the United States.

Changes to immigration law in the mid-20th century began to recognize the need for family migration. The Immigration and Nationality Act of 1965 further reversed earlier policy by giving naturalized citizens and legal permanent residents the power to sponsor family members and made reunification a weighted factor for immigration consideration.

A 1990 law opened new avenues for family-based migration, creating the H-1B as a “temporary non-immigrant visa” that prioritized highly skilled workers whose labor was needed for “specialized and complex” jobs.

The visa is typically issued for three to six years to employers to hire a foreign worker. If employers choose to sponsor them, visa holders can then apply for permanent residency.

It also created the H-4 family reunification visa. Even though the United States Citizenship and Immigration Services doesn’t release gender data, some estimate that 85 percent of H-1Bs go to men. It is safe to presume that women make up the majority of H-4 spousal visas.

They are among the 22 “nonimmigrant” visa categories that have family reunification provisions, but, like most of them, come with work restrictions.

The impact of work restrictions

Work authorization for the spouses of H-1B visa holders came into the spotlight in 2015.

The Obama administration issued an executive order that year that allowed H-4 visa holders who were already in the process of applying for lawful permanent residency to also apply for employment authorization. Prior to the order, H-4 holders were unable to work or obtain a social security number.

The work authorization document is conditional, however. If the possessor’s spouse loses his H-1B visa, then the H-4 visa holder would also lose her authorization to work in the U.S.

I conducted a multi-year study of H-1B and H-4 visa holders that ended just after President Barack Obama’s 2015 order. My findings clearly showed the long-lasting negative effects of these work restrictions and how important work authorization is for immigrant families.

Even though spouses of H-1B workers tend to be highly educated, often in STEM fields, after coming to the U.S. they effectively became housewives. Women are unable to contribute to the household financially and become dependent on their husbands. They cannot apply for changes in their immigration status without going through the primary visa holder.

This means that if an H-4 visa holder were to experience domestic violence, for example, she would be unable to leave without putting her visa status in jeopardy.

While Citizenship and Immigration Services did issue a memorandum in 2016 granting work authorization to abused spouses of nonimmigrants under the Violence Against Women Act, victims must have proof of abuse, such as police reports, court records or reports from social service agencies. As advocates have shown, this can be difficult for immigrant women to obtain, and many would rather drop domestic violence cases than risk deportation.

In cases where an H-1B worker loses his job or experiences something worse, the rest of the family could be deported.

This point was driven home dramatically in the case of Sunayana Dumala, the widow of H-1B worker Srinivas Kuchibhotla, who was murdered in Kansas by a white supremacist in February. After she returned to India for Kuchibhotla’s funeral, she was barred from reentering the U.S. since her deceased husband’s visa was no longer valid. Dumala’s state congressman intervened personally to help obtain her temporary work authorization and to apply for her own H-1B visa or a “U” visa, usually reserved for immigrant victims of crime.

Her case, which had the rare aid of a member of Congress, brings home the precariousness that dependents of temporary immigrant workers face.

Even in less horrific cases, the forced hiatus from the workplace that women face on the H-4 hurts their long-term career prospects. Research has shown women who leave or are pushed out of the workforce wherever they are in the world have a much harder time reentering the job market.

This issue is compounded by the fact that H-4 holders must find an employer to sponsor them on an H-1B, which are already in short supply, or wait potentially seven to 10 years until they become permanent residents to restart their careers.

H-4 women face a triple burden if they are able to start working again, particularly in technology: race, gender and long gaps in their resumes.

For women who have been stymied at home, the chance to join the workforce is important both financially and psychologically. Particularly in areas where H-1B workers are such as Silicon Valley, Seattle and New York.

For example, having two incomes offsets the high cost of living in regions where H-1B workers are concentrated. In addition, women’s participation in the workforce can translate into greater gender equity at home.

Unfortunately, there has already been backlash to this expansion of the temporary workforce, including via a lawsuit to halt H-4 work authorization. Although that suit was initially rejected, now the Trump administration’s planned rule change revives the issue.

As my research has shown, when women are given opportunities to grow their careers and become economically productive, they are more likely to stay in the U.S.

Losing talented workers who have already invested significant time and money (workers pay social security and other taxes regardless of immigration status) in the U.S. will deal a blow to our standing as the locus of technological innovation. There has already been a drop in the numbers of H-1B applications received in 2017 as foreign workers grow wary of the current political climate in the U.S. This latest restriction will only create more hesitation.

The H-1B program is undoubtedly in need of reform. Obama’s 2015 executive actions on immigration were far from perfect and left many problems unresolved, such as what will happen to children of H-1B workers who “age out” of their dependent visas after they turn 21 years old. Many have spent the majority of their childhoods in the U.S. but still are not permanent residents. They are left in limbo and, like the “Dreamers,” potentially face the prospect of returning to countries that they have never known.

Withdrawing work authorization for spouses who have been living in the U.S. for more than half a decade is a step in the wrong direction. Immigration reform needs more compassion, not less. 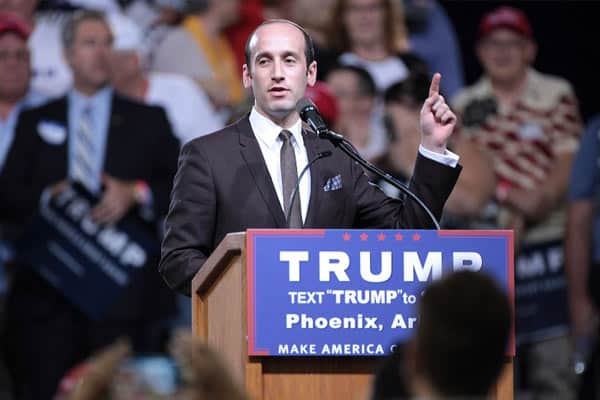 A proposed US immigration reform legislation is narrowly focused on Green Cards and it does not cover temporary non-immigrant visas like the H1-B given to tens of thousands of Indian professionals.

The Reforming American Immigration for a Strong Economy (RAISE) Act, which was unveiled on Wednesday, “doesn’t deal with guest workers and temporary non-immigrant visas” said Stephen Miller, an adviser to President Donald Trump.

“A Green Card is the golden ticket of US immigration and this round of proposed changes applies only to it,” said Miller, who was involved in conceptualising the bill.

The bill would continue to allow immigrants to bring in their spouses and minor children, according to both Miller and Trump.

So far, there has been no changes in the H-1B system, even though Trump criticised it during the election campaign.

Both Democratic and Republican members of Congress have railed against it and has introduced legislation to restrict the visa.

The changes proposed by RAISE may in fact help Indian professionals who now have an 11-year wait for Green Cards.

The chances of the Congress passing the bill in the present form are slim as Democrats and members of Trump’s own Republican Party have come out strongly against the measure that wants to restrict immigration for unskilled people and only favour those will high skills.

The bill seeks to do away with Green Cards for brothers, sisters, parents and adult children of citizens but those whose applications have already been filed will not be affected.

Those “who have pending family-based sponsorships, they’re actually grandfathered in”, Miller said. “So it’s a new system moving forward.”

“Other relatives can come in,” Miller said, adding “They just have to come in through the points-based system.”

For elderly parents of citizens, who do not qualify for Green Card holders but need to be cared for by their children, the legislation proposes to give them temporary renewable visas. Parents form a significant part of the immigration from India.

The bill incorporates main features of the merit-based Canadian and Australian immigration systems that allocates points for education, knowledge of English, employability and family ties to rank those wanting to settle in those countries.

“We’re also making sure that the great inventors of the world, the great scientists of the world, that people who have the next great piece of technology can come into the the US and compete in a competitive application process — a points-based system that makes sense in the year 2017,” Miller said.

Currently the bulk of the 1 million Green Cards awarded each year goes to the kin of immigrants in what is known as “chain immigration” because of the ability of the relatives to sponsor their relatives and so on.

Neither Miller nor Trump clarified if the national quotas of 20,000 per country per year, an important element of the current Green Card process, would be retained.

Salaries offered to immigration applicants is one of the elements in the proposed points system that would give market forces a determining role.