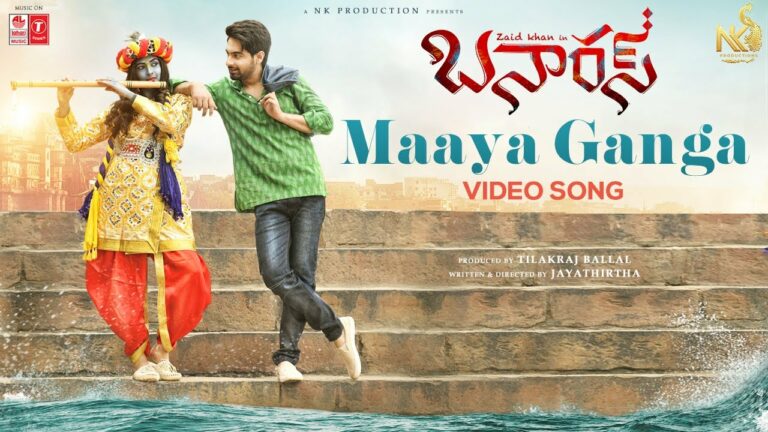 ‘Banaras’ is the first film of Sameer Ahmed Khan’s son Zayed Khan. Directed by Jayatirtha, the film stars Zayed Khan opposite Sonal Montero in the lead role. The motion poster and first look of the motion picture produced by the National Khans Production Company have been recently released. Motion poster captivated everyone’s interest.

Keeping the excitement going, the makers of the film today released the entrancing melody ‘Maayaganga.’ Sukumar, the director, released the first single from this romantic drama and wished the entire team all the best.

Maayaganga is one of the few songs that will put us in a trance state and will be added to our playlist. Armaan Maalik crooned this song brilliantly, and Ajaneesh Loknath’s trancing melodies would put you in a spell.

It is the second project of Jayathirtha, whose first was the superhit movie ‘Bell Bottom’, starring Rishab Shetty and Haripriya. Naryana Raj, Sujay Shastri, Devraj, Achyut Kumar and Barkath Ali are in the lead roles.

Most of the film is set in the beautiful surroundings of Banaras. Another highlight of Banaras is the depiction of the ghats of Banaras. ‘Banaras’ is a film that is being prepared for simultaneous release in five languages.