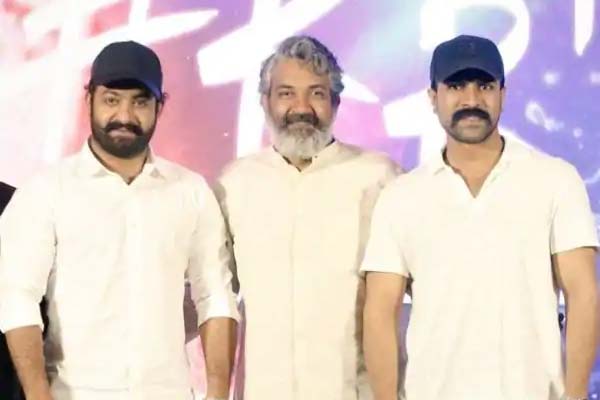 The shoots of Telugu films came to a halt with the coronavirus outbreak. With this unexpected break, the release dates of big-budget films got pushed. RRR which was initially aimed for January 8th 2021 release is pushed for summer release. After the meeting conducted by Chiranjeevi in the presence of Talasani Srinivas Yadav, it is decided that the post-production works of the film can be started from tomorrow. Rajamouli was the one who initiated the discussion to resume the shoots from the first week of June.

There are positive signs that the Telangana government may grant permissions for film shoots from the first week of June. Rajamouli is in plans to utilize the opportunity if the permissions are given. NTR and Ram Charan already responded on a positive note and decided to join the sets once the schedules are planned. Rajamouli feels that the extra buffer time got wasted due to the delay and he is confident about completing the shoot on time.

Rajamouli is also in plans to complete the shoot of RRR at the earliest. He is also in plans to make minor changes to the script if needed and shoot the major portions of the film in Hyderabad. Rajamouli’s next target is January 8th 2021 as of now. A clarity on this will come soon.