On Friday, the creators released the teaser, giving a hint as to the kind of dramas that will play out in the show.

The Amazon Original has 6 heartwarming stories that portray different hues and emotions of love through the perspective of Hyderabad and were created by and include some of India’s top artistes.

A SIC Productions, the new Telugu Amazon Original series is produced by well-acclaimed creator Elahe Hiptoola with Nagesh Kukunoor as the showrunner.

The second of three localised and fictionalised editions of the international anthology ‘Modern Love’ edited by John Carney, is titled ‘Modern Love Hyderabad.’ 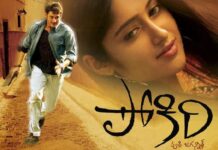