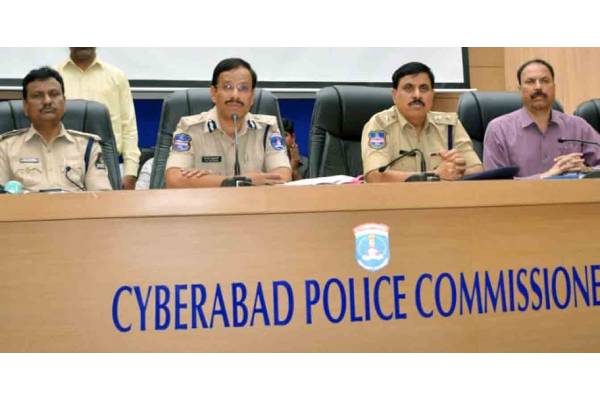 Hyderabad is used to being in the limelight thanks to its pre-eminent position in the IT and business sectors.

But with Telangana Police’s encounter-style execution on Friday making the headlines, tough questions are bound to be posed about the swift retribution that the local police delivered.

Almost seven years after the Nirbhaya episode in Delhi shocked the country into fury, the brutal gang-rape and murder of a young veterinarian by four youth unravelled in Hyderabad.

The shock and ire that the incident evoked in denizens and netizens were unprecedented as for almost a week, the media and public discourse was dominated by the incident and more importantly, the delivery of justice after the perpetrators were apprehended by the authorities.

Even as politicians and the public were demanding speedy justice and punishment, the Telangana Police on Friday morning announced the death of all the four accused in an ‘encounter’ at the spot where the crime had been committed on November 27.

The focus of public debate has now veered towards the correctness of the police action, riding piggyback on public indignation in literally executing the accused in an extra-judicial manner.

Predictably, public’s reaction to the development has been ecstatic. For a change, the police are basking in the adulation and bouquets that are coming their way.

Some of the reasons being put forth for the instant justice include an attempt to deflect the bad press that police received for their inept handling of the case when they were first approached by the victim’s family. Other reasons include the pressure piling up on social media from Twitterati and celebrities alike.

But as the initial euphoria is settling down, questions began to pop up about the legality and ethicality of an obviously extra-judicial execution by a state arm.

Though not so regular a feature, this is not the first instance that such executions have taken place in the region.

Almost 11 years to the month, in December 2008 when Telangana was still part of the erstwhile Andhra Pradesh ruled by Chief Minister Rajasekhar Reddy, the local police had in an ‘encounter style’ gunned down three youth accused of splashing acid on a young girl in Warangal, causing her death. Even at that time, similar reactions had emerged.

Incidentally, the man behind the police action in both incidents is IPS officer V.C. Sajjanar, the present Cyberabad Commissioner of Police who was the Warangal Police Superintendent in 2008.

Pointing out to the apparent link between the two incidents and referring to the stream of social media posts urging ‘instant justice’, human rights votaries have begun raising questions.

The National Human Rights Commission (NHRC) has taken suo moto cognizance of media reports on the alleged ‘encounter’ and sought a report from the Telangana Police on the matter. At the moment though, the local police don’t seem too concerned about the NHRC queries, if Sajjanar’s responses to the media questioning on the issue are any indication.

As can be witnessed in Parliament proceedings on television, the issue of extra-judicial action is already causing a divide between political parties and dissensions within parties as well. In all probability, Friday’s ‘encounter’ death will get buried by other controversies that will raise their heads with each passing day.

Hopefully, the current developments will lead to increased pro-activity in terms of introducing tougher laws, accelerating the pace of justice and creating awareness to set the stage for weeding out crimes against women.

Telugu women, who took out a protest march in Delhi on Friday, said that such executions will really not help in eradication of rape or rapists.