GATeS team spearheaded by Board Chairman Anil Boddireddy and President Thirumal Reddy Pitta led an extraordinary celebration of Telangana formation day with unique shows of rare performances depicting the rich and unique cultural heritage of Telangana. GATeS team has endeavored to dedicate this event to showcase traditional dances from Telangana regions that are fast disappearing and towards that end has programmed the celebrations with unique blend of local and professional artists(from India).
The evening was kicked off by Lighting the Lamp by GATeS Board Members followed by evening cultural extravaganza showcasing the unique and rich culture of Telangana. Some of the cultural highlights of the event include:
• Gananayaka dance by the students of Pushyami Lanka, a well-known Dance Teacher followed by Telangana Songs by Srikanth Lanka from Dallas, TX
• EDM Alarippu Fusion presented Indian Raaga (Rani Gopireddy)
• Burrakatha, a traditional story-telling form of art, was used as an interlude to narrate each performance by artists. The anchor (Kathakudu) was played by Mimicry Ramesh and was supported by Niranjan Podduturi and SriniShanagarapu
• Rani Rudramadevi, a Dance Drama narrating the story of the monarch of the Kakatiya dynasty in the Deccan Plateau with capital at Warangal and Perini Thandavam, a dance performed by males and it is believed that in ancient times this was performed before the soldiers set to war, were presented NeelimaGaddamanugu, Natarajan NatyanjaliKuchipudi Academy
• Gussadi and Lambadi Dance, Bathukamma and tribal dances from Telangana Region were presented by artists trained by Harini, Hema shilpa and Shruti
• Telangana SamarayodhulaNatyaRoopakam – a dance drama presenting the valor and sacrifice made by people during India’s Independence Struggle, received a lot of applause from the audience. This masterpiece was presented byShivs Institute of Dance Academy
• Showcased Telangana festivals of Bonaludance presented by NeelimaGaddamanugu, Natarajan NatyanjaliKuchipudi Academy
• Showcased Telangana festivals of Bathukamma dance presented by Harini, Hema shilpa and Shruti

• The closing ceremony was as exciting as the beginning. Dappu, the band played by Dinesh/Parai group to resonate the celebration mood and as a fitting tribute to the event was the real highlight of the evening and kept everyone spellbound.
• Event concluded with video conference by Erraballi Dayakar Rao speech (Minster Panchayathi Raj of Telangana Govt)

About GATeS
GATeS is a Community Organization founded by a few families led by Late G.S. Reddy in 2007 has grown over the years and is now a 1000-member strong group. GATeS celebrates Telangana Culutral Day, Bathukamma and Vanabhojanalu each year to bring Telugu families under one roof. 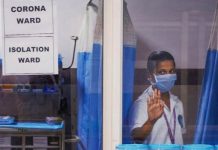 US-returned teenager under watch for coronavirus in Chennai 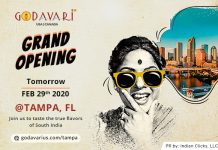