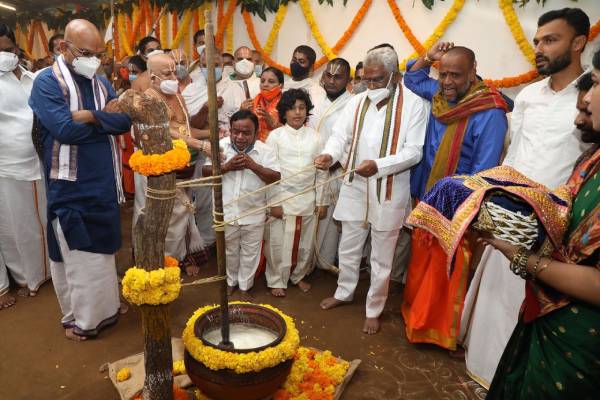 Days after it launched a trial run of its ‘Sampradaya Bhojanam’ (traditional meal scheme), the Tirumala Tirupati Devasthanam has decided to scrap the initiative.

The trial run, which had begun on August 26, was due to go on till September 2.

The decision to scrap it midway has come on the back of widespread criticism that the scheme is being launched to commercialise the food served to devotees visiting the famed Hindu shrine.

TTD Board Chairman Y.V. Subba Reddy told reporters on Monday that the decision to introduce the traditional meal scheme at a nominal cost was taken by officials without approval. “That’s why we decided to scrap the project,” he contended.

Stating that TTD officials had taken up the scheme with the noble intent of promoting traditional and organic food products to devotees, Reddy said that since ‘prasad’ has to be offered free of cost, the scheme was cancelled.

The hill-top shrine of Lord Venkateswara at Tirumala attracts devotees from all over the world, and is considered to be the world’s richest Hindu temple.