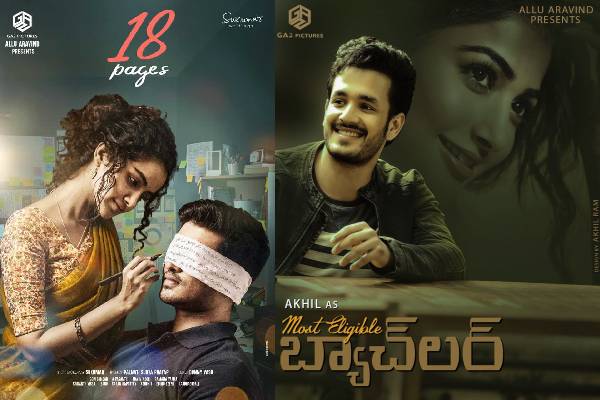 The second wave of coronavirus calmed down but there is a lot of confusion in the market. The film producers are puzzled about the theatrical releases and there is no clarity about when the theatres would reopen. With the second wave bringing a lot of scare, a section of the audience will not rush to theatres to watch the films. The biggest challenge happens to be the third wave of coronavirus and the experts predict that it would hit India in October. Considering all these, most of the producers made up that it is not a wise move to wait for theatrical release for their films.

As per the current update, Akhil’s Most Eligible Bachelor along with Nikhil’s 18 Pages may head for a direct digital release soon. Both these films are produced by GA2 Pictures. The deals are worked out for now. The producer Bunny Vaas said that he would consider digital releases if the deals are striking. As of now, a top digital firm is in talks to acquire the rights of Most Eligible Bachelor and 18 Pages. Things will be finalized soon. Both these films are currently in the final stages of shoot.