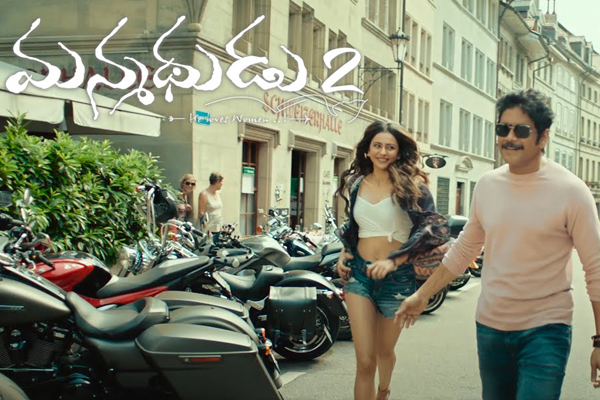 Akkineni Nagarjuna’s latest release Manmadhudu 2 is heading towards a disaster at the overseas box office. After delivering good hits like Soggade Chinni Nayana, Manam and Oopiri which collected strong revenues in USA, Nagarjuna failed to score a decent hit with his recent outings.

Manmadhudu 2, which set good expectations with fun filled trailers, couldn’t make an impact in the first weekend. After taking a slow start with $ 82K from premiers, the Rahul Ravindran’s directional was unable to attract audience due to the disappointing reviews and poor word of mouth. On Friday and Saturday, the film collected a meagre $ 47K and $ 61K and showed no signs of improvement. With Sunday’s $ 22K, the film is heading towards becoming a disaster in overseas.

The romantic drama received flak from critics and audience for its double entendres and pointless scenes.