Varun Tej-starrer Ghani, which has already created a buzz among fans, will hit the screens on December 3.

An announcement in this regard has been made by the makers of the movie today, along with a 39-second video titled ‘First Punch’.

The video has a fiery looking Varun Tej giving a powerful punch to the opponent on boxing stage.

A sports drama, Ghani is written and directed by Kiran Korrapati. The movie is bankrolled by Sidhu Mudda and Allu Bobby under Renaissance Pictures and Allu Bobby Company banners.

Varun Tej has undergone complete physical transformation for the movie. He and Saiee Manjrekar are playing the lead roles. 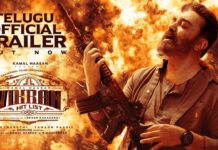 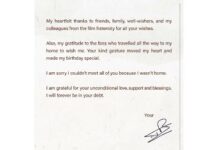 NTR expresses gratitude for birthday wishes: I will forever be in your debt