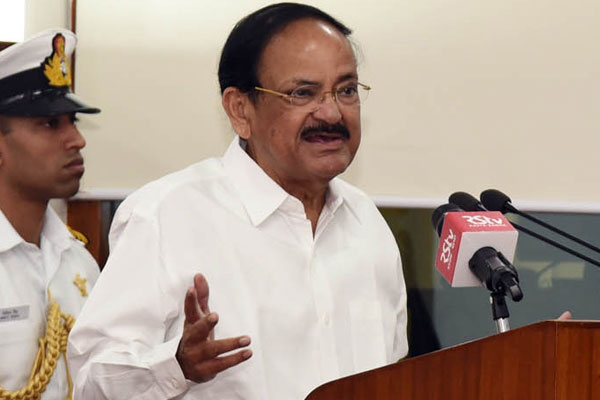 Venkaiah Naidu and his family members along with Chiranjeevi and others watched the movie at the Vice President’s residence in New Delhi.

Naidu complimented Chiranjeevi, Amitabh Bachchan and other stars of the film for their outstanding performances and Surender Reddy for the impressive direction.

The Vice President tweeted that the movie’s plot was developed on the basis of a rebellion against the British rule led by Uyyalawada Narasimha Reddy from Rayalaseema region of Andhra Pradesh.

Naidu said after a long time he watched a good and inspirational movie.

He was all praise for Chiranjeevi, saying he is the most popular actor of his generation. Naidu described him as the best actor of Telugu films after N. T. Rama Rao and Akkineni Nageswara Rao.

As part of his efforts to promote the movie, Chiranjeevi has been calling on top leaders to invite them to watch the movie.

The multi-lingual movie, released word-wide on October 2, is reported to have so far done business of over Rs 200 crore.