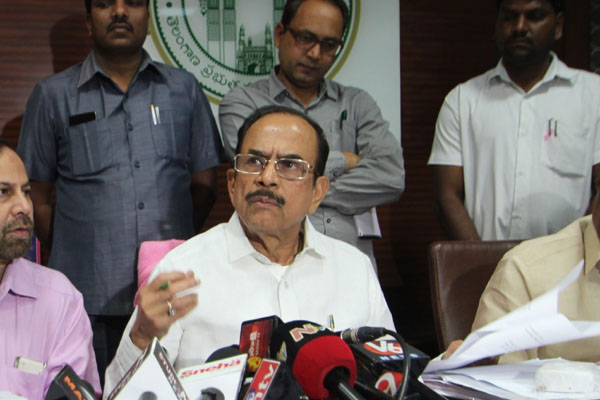 After his statement on the rape and murder victim drew all-round flak, Telangana Home Minister Mohammed Mahmood Ali on Friday said that the victim was like his daughter.

“She is daughter of Telangana. She is my daughter,” Ali told reporters. He denied making any insensitive comment, saying that he only stated that if the girl had called the police instead of her family, she could have been saved.

He had earlier said the young veterinarian, who was raped and murdered on the outskirts of Hyderabad on Wednesday night, should have dialed 100.

“It is unfortunate that despite being a doctor and well educated, she called her sister and not the police. 30-40 minutes later, her phone was switched off,” the minister said.

Ali said had she dialed 100, police would have reached there. He claims that police respond within three minutes to the calls made on 100.

The veterinarian was gang raped and murdered Wednesday night near Outer Ring Road at Shamshabad on the city outskirts. Her charred body was found under a culvert near Shadnagar town, about 25 km from Shamshabad.