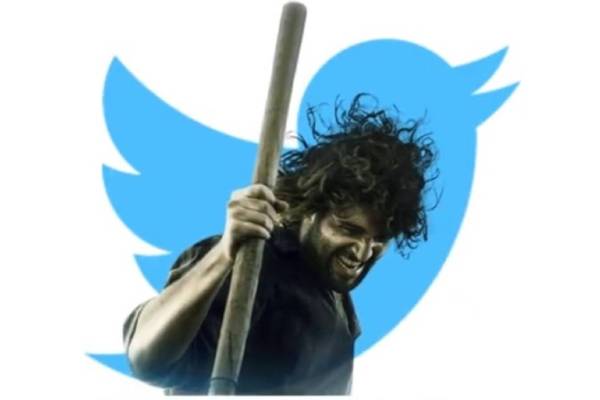 Even as director Puri Jagannadh’s much-awaited explosive action entertainer ‘Liger’, featuring Vijay Deverakonda in the lead, gets ready to hits screens on August 25, the film has now got an emoji on Twitter.

The actor took to Twitter to make the announcement. He wrote, “Liger emoji is yours.”

He also went on to introduce three hashtags #Liger, #WaatLagaDenge and #LigerHuntBegins and added, “There are a total of four! Fourth is my prediction for Aug 25.”

Actress Charmme Kaur, who is one of the producers of the film, also took to Twitter to make the announcement on the ‘Liger’ emoji.

She tweeted, “Dear Twitter family, Here’s the surprise for you all. Hashtag Emojis are live now! #LIGER, #WaatLagaDenge, #LigerHuntBegins! Let the madness knockout the timelines.”

The film has triggered huge interest among film buffs and fans as legendary boxer Mike Tyson will be making his debut in Indian cinema with this film. The film is also believed to feature some high octane action sequences.

Sources in the know say that the two-hour-twenty-minute long film has seven fights and six songs.

Apart from Vijay Deverakonda and Mike Tyson, the film will also feature Ananya Pandey and Ramya Krishnan in pivotal roles.