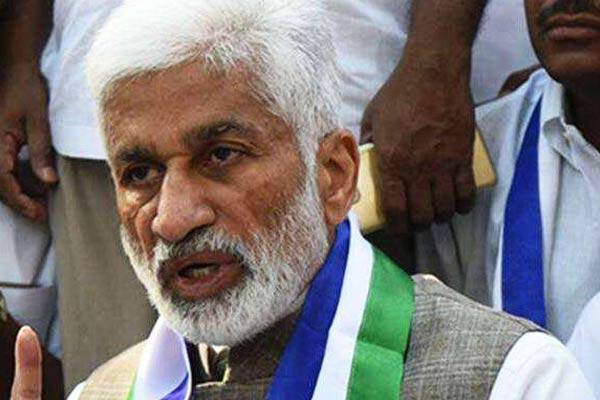 YCP firebrand MP Vijay Sai Reddy has come out with a new defence of the serial arrests of the TDP leaders in the ACB and the CID cases. He says that the Opposition party leaders are getting involved in all these cases just because of their corruption and irregularities during their party regime. There is a reason why these leaders resorted to such corruption at that time. Vijay Sai says that the TDP leaders just tried to make as much easy money as possible while their party was in power.

The YCP MP, in the latest attack, says that the TDP leaders had clearly got all the inside information that their party would be closed down after the 2019 elections. So, in their hurry to make quick money, they made all the mistakes that were enough to land them now in the cases and in the jails.

Vijay Sai asked why Kollu Ravindra, Devineni Umamaheswara Rao and even Dhulipalla Narendra Kumar have taken TDP AP President Atchannaidu as their model. They would have followed a different path. Now, just like Atchannaidu, all those leaders were getting slapped with the ACB and the CID cases.

Right now, the States is in the midst of a severe threat from second wave infections. However, the TDP leader’s arrest has deflected all the public and media attention in just a few hours. Politics has gained upper hand in AP even during the dangerous time of Coronavirus.