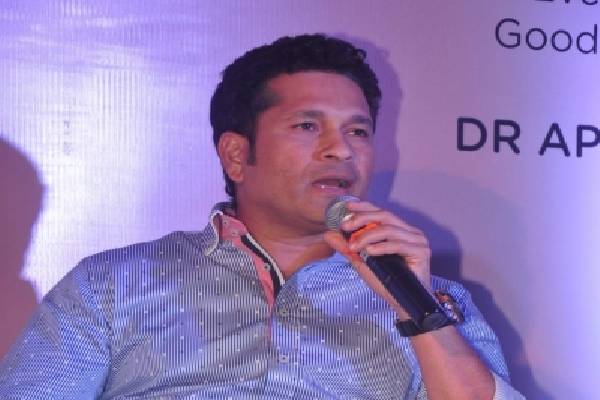 India’s cricket icon Sachin Tendulkar, who is recovering at home after spending six days in hospital due to Covid-19, turned 48 on Saturday and wishes started pouring in from all over the world.

Former India pace bowler Venkatesh Prasad took to Twitter, posting pictures of some of the glorious moments he shared with the legend, and wrote, “Sach is truth, Sach is life, Sach is the answer, Sach is it. Birthday greetings to not only the greatest batsman the world has seen, but the most humble and incredible human being @sachin_rt. #HappyBirthdaySachin.”

Born on April 24, 1973, the Mumbai batsman has scored a record 100 international centuries – 49 in One-day Internationals and 51 in Tests – and is the first of only four cricketers to receive the highest national sporting award, the Rajiv Gandhi Khel Ratna, in 1997/98. The other three cricketers are Mahendra Singh Dhoni (2007/08), current India skipper Virat Kohli (2018) and Rohit Sharma (2020).

Tendulkar is the first and only recipient of the Bharat Ratna — India’s highest civilian honour – which he received 2013 after his retirement from international cricket.

Tendulkar, who was hospitalised to a Mumbai hospital as a precautionary measure after he tested positive for Covid-19 late last month, had returned home on April 8 to begin his recuperation.

To all his well-wishers, he wrote on April 8: “I have just come home from the hospital and will remain isolated while continuing to rest and recuperate. I would like to thank everyone for all the good wishes and prayers. Really appreciate it. I remain ever grateful to the medical staff who took such good care of me and have been working tirelessly for over a year in such difficult circumstances.”

Another fan tweeted, “Happy Birthday God of Cricket. There are many who got famous by Cricket but there is this man who made Cricket famous. #SachinTendulkar.”