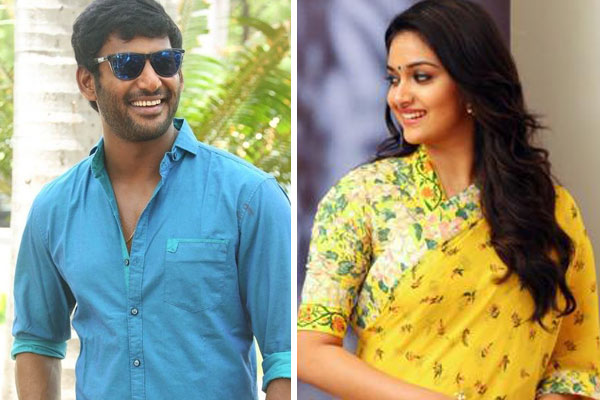 It is well known that since acting in Mahanati, actress Keerthi Suresh has cultivated a habit to show her kindness towards the crew of her films. She won the hearts by gifting gold coins on the last day shoot of Mahanati. She repeated the generous deed for Pandem Kodi 2 as well.

Keerthi Suresh’s co-star and top actor Vishal seems to have inspired with her kind act. He also gifted precious gold coins to 150 crew members on the last day shoot of Pandem Kodi 2. Vishal handed over hold coins while bidding farewell to this sequel which is slated for release this Dasara. Linguswamy is the film’s director.