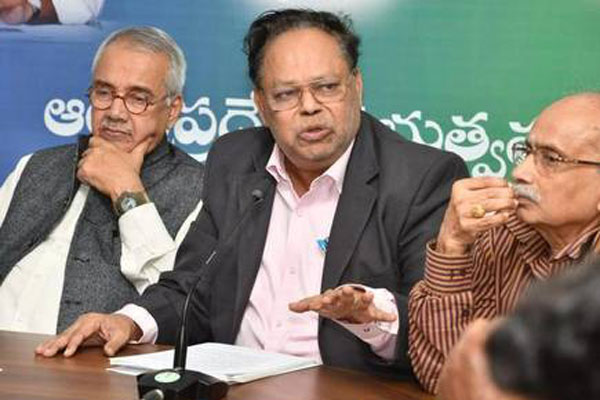 Responding to latest controversy, GN Rao Experts Committee chairman GN Rao said that their committee has indeed suggested location of Executive Capital in Vizag but not closer to the coast. It was because of the constant cyclone threat and coastal land erosion. GN Rao said that their committee advised the Jagan Reddy government to develop the core Capital City buildings like Secretariat away from the coast. This would help Capital to safeguard itself from natural calamities like Hudhud cyclone.

GN Rao said that their panel recommended location of Capital buildings within the Vizag metropolitan region but far away from the coast. His latest comments triggered allegations and counter allegations between YCP Ministers and TDP leaders. TDP Ex Minister Devineni Uma said that Jagan Reddy is building the entire Capital closer to the coast only to increase the real estate values of the massive 30,000 acres he and his coterie bought all alongside the Vizag coast towards Srikakulam. Uma said that Jagan Reddy’s Co-Accused Vijayasai Reddy is personally getting lots of cases filed in the Supreme Court to grab Rs 1,000 Cr worth Waltair Club lands. These lands lie closer to the coast.