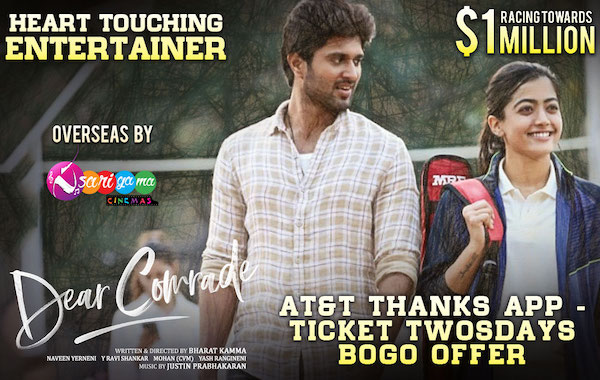 Released worldwide in four different languages, Dear Comrade has made its name as an emotional family entertainer. The film has been receiving acclaim for displaying a beautiful love story of two strong characters.

Debutant Bharat Kamma has succeeded in making us feel heart rendered. Vijay Deverakonda and Rashmika Mandanna struck a chord with the audience as they acted brilliantly.

Dear Comrade is running towards $1 Million collections at the USA Box Office.

Haven’t watched the film yet?