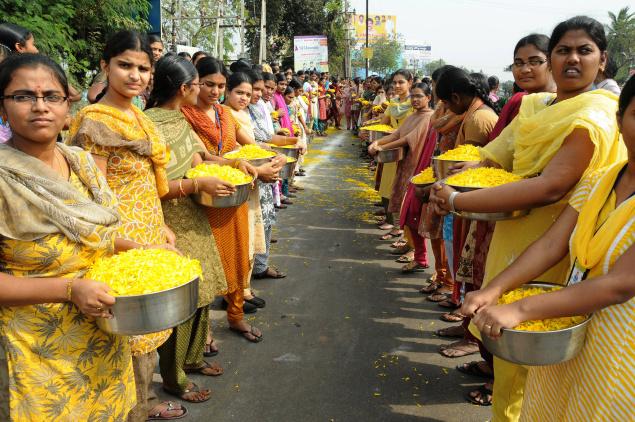 The State government issued orders to establish camp office of the Chief Secretary at Vijayawada.

It is a sign to  government’s intention that it is hell  bent on making Vijayawada temporary capital as the chief secretary is the head of administration of the state. Government issued orders revealing its mind that the government had decided to quit Hyderabad. This is happening despite the fierce opposition from the employees who are well-settled in Hyderabad.

“Government has decided to work with Vijayawada as State Headquarters, pending final location of the Capital at Amaravati. The Camp Office of the Chief Minister has already been established in Vijayawada. Similarly, it is felt that continued presence of Chief Secretary is needed at Vijayawada for better coordination and decision making process,” the State government stated in its order.

“The government felt that continued presence of Chief Secretary is needed at Vijayawada for better coordination and decision making process,” the GO stated.

“As the e-Office system is already in place, it is felt that the files can be disposed off electronically, wherever officers are functioning from. Therefore the government has decided to establish a regular camp office for the Chief Secretary at Vijayawada till the new capital city Amaravati is made functional,” an official said.

The official headquarters of the Krishna district collector is Machilipatnam and there is a camp office for the collector at Bandar Road in Vijayawada.

In mid 90s the residence of sub collector, Vijayawada was converted into the camp office of collector.

Meanwhile, the committee headed by Panchayat Raj Department secretary KS Jawahar Reddy constituted to identify locations in and around the capital region where some departments can be temporarily accommodated has submitted its preliminary report to the government.
Sources said the committee feels that  about 25 lakh sq ft of office space is needed in and around Vijayawada to shift major departments from Hyderabad to the new capital region. As of now only 7 lakh sq ft of office space has been identified.

* The CM  Naidu will make Vijayawada his base for five days in a week.

* General Administration Department has been asked to assess the office space and provide accommodation to the departments.

* All future Cabinet meeting will be held in Viajyawada

* The cabinet meeting scheduled on Aug. 17 will also take place in Vijayawada