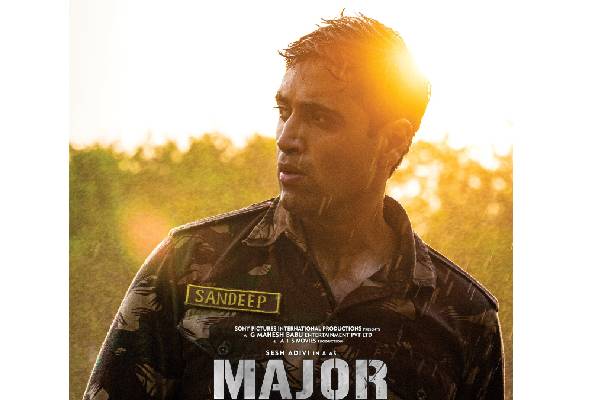 Adivi Sesh’s ‘Major’ has been in the making for quite some time now. Telugu superstar Mahesh Babu, who has produced this biographical movie, was present at the trailer launch event of the Adivi Sesh-starrer.

Mahesh, who believed that Major Sandeep Unnikrishnan’s story must be known to the world, stated that the martyr’s story is larger than life.

Mahesh admitted that he received fantastic OTT offers during the Covid period, but was adamant that this film. ‘Major’ needed to be released in theatres only because the action design and emotions were larger than life.

The film’s hero, Sesh, was also very clear that he wanted his Hindi debut to be a pan-India big-screen release, according to the star hero.

Sesh has worked tirelessly on the film, and the trailer has received positive feedback for the power-packed trailer, which was released on Monday.

‘Major’ will hit the screens on June 3 and is said to be based on the heinous 26/11 terrorist attacks in Mumbai, with the scene-by-scene narration of the horrific events.